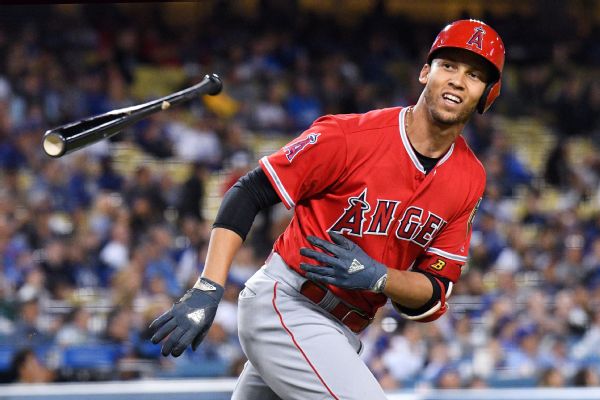 Baseball is a game of streaks. Some are good. Some are bad. But almost all streaks, at one point or another, come to an end.

As we continue to look back at some of the strange statistical happenings of the 2019 season, some streaks come to mind. In fact, we find two different dates on the calendar where streaks from different players came to an end.

The first of those dates – April 23 – would be an exciting day for two streak holders.

Eric Sogard and the Toronto Blue Jays hosted Joe Panik the San Francisco Giants that day. Sogard had gone 311 at bats without a home run, the longest such streak in the majors for a non-pitcher. The second longest streak of 240 games was held by Panik.

In the top of the fifth, with Trent Thornton pitching for the Blue Jays, Panik would put an end to his streak. His lead-off home run that inning would extend the Giants lead to 3-1.

Not to be outdone, Sogard brought his own streak to a close when he lead off the bottom of the sixth with a home run of his own. His dinger cut the Giants lead to 5-2.

The Giants would ultimately hold on and win the game by a score of 7-6.

Surprisingly, those were not the only streaks to end during the same ballgame in 2019.

The second game in question came less than a month later on May 14. This time, the streaks were something the players would have rather kept going.

Andrelton Simmons would bring his Los Angeles Angels to Minnesota to face the Twins and Willians Astudillo. At risk in this game, other than the win-loss records of the team, were the two longest streaks in major league baseball of plate appearances without a strikeout.

Simmons had the longest streak at 61 plate appearances before Twins hurler Kyle Gibson would get the best of him to start the second inning.

Astudillo had survived 44 plate appearances of his own. He lasted a bit longer but went down swinging to Taylor Cole.

For what it’s worth, the Twins would hold off the Angels and win this one 4-3.

Two streaks being built by four players come crashing down in two different games. It’s funny how things work out.