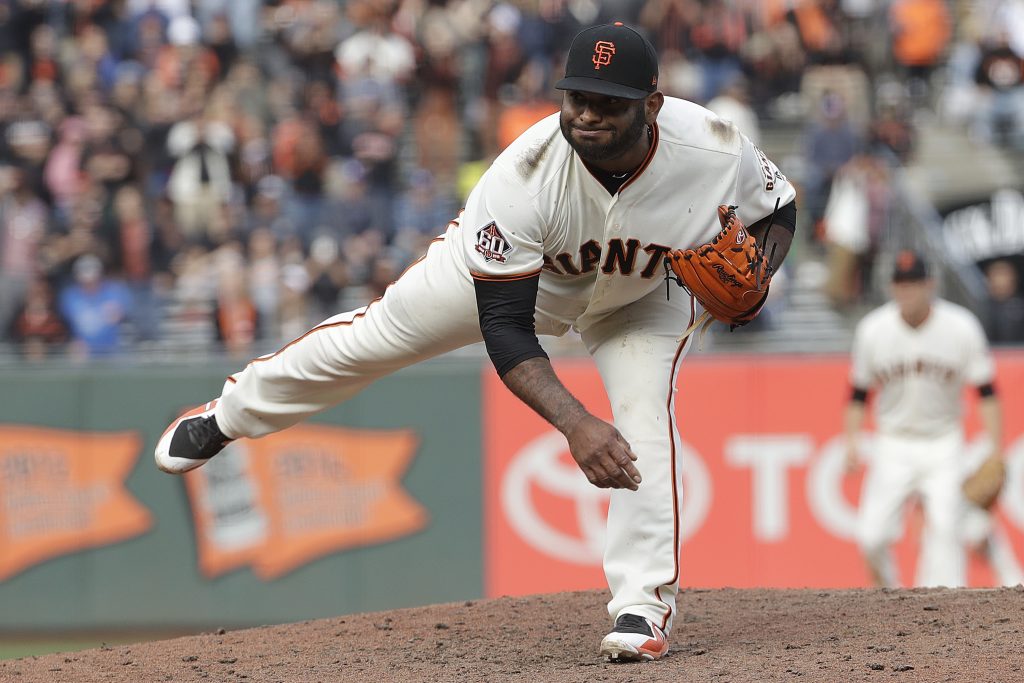 The day of May 6, 2019 is a day the San Francisco Giants would like to forget. The game against the Cincinnati Reds was filled with moments that teams simply hope to move on from as the season rolls on.

It started before the game even got underway. The first pitch was delayed by 18 minutes due to a swarm of bees that had moved into the ballpark. The bees settled in on the backstop screen. Umpires chose to clear the insects before getting started.

Drew Pomeranz took the mound in the bottom of the first for the Giants and promptly spotted the hometown Reds five runs on the day. Pomeranz wouldn’t find his way out of the second inning, giving up two more runs before calling it a day.

While the Reds’ bats would calm down for a few innings, they fired back up in the sixth. It was in that inning that they put up another five runs off reliever Pat Venditte. Indeed, the Giants had dug a hole they wouldn’t get out of.

But for one Giant, the day turned out to be something to remember. Pablo Sandoval decided to have himself a day in the midst of chaos.

It started in the top of the second. Sandoval reached base on and advanced to second on an error. Not exactly known for his speed, Sandoval managed to snag his first steal of the season later that inning. His day started off nicely with a stolen base.

The sixth inning would find Sandoval up with two runners on base. This time tapping into the part of his game he is better know for, Sandoval recorded his third home run of the season with a shot to right-center field.

Sandoval got the call to pitch the eighth inning. With the game out of reach, the Giants elected not to use another pitcher and put Sandoval on the mound. After hitting leadoff hitter Jose Peraza, he induced a fly ball from Josh VanMeter. He then got Nick Senzel to roll over a double play to shortstop and recorded a 1-2-3 inning.

Sandoval would end the day with an interesting stat line that included a 1-for-4 effort at the plate, a home run, three runs batted in, a stolen base and a scoreless inning on the mound.