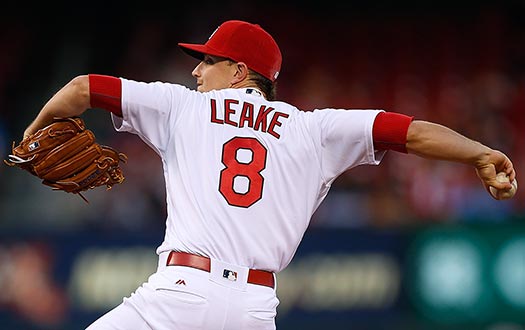 The St. Louis Cardinals failed to win their opening series against the defending World Champion Chicago Cubs despite being in a position to do so. Now, they welcome division rival Cincinnati to Busch Stadium for an opening weekend extravaganza.

The Cubs aren’t going away anytime soon, much to the chagrin of Cardinals fans. The youth, excitement and leadership on the team has them poised to be the team to beat in the NL Central, not to mention the entire league.

One site gives the Cubs a 1/5 odds, compared to the Cardinals 9/1 odds, to win the Central division. The author of the season preview article on My Top Sports Books, even goes as far as to say “Picking a non-Chicago Cubs team to win the NL Central is as misguided as Mike Huckabee’s attempted foray into comedy”.

As hard as that may be for Cardinals fans to hear, it’s true. On the other hand, Cards fans can look at this opening series and see some positive moments. The team was well in position to win all three games. They battled and gave signs of hope instead of simply rolling over and giving up. The starting pitching was more than adequate. Matt Adams didn’t die playing left field (though his misguided diving attempt made one hold their breath).

Now the Reds roll into town. The Cardinals will open the series with former Reds hurler Mike Leake on the mound. Leake struggled at times last season to justify the contract he signed to arrive in St. Louis. If he can build on the rotation’s early success, it may bolster hopes in St. Louis.

The Reds will counter in the opener with Amir Garrett, their #2 prospect making his big league debut. A left hander pitching in his first big league game tends spell disaster for the Cardinals in recent memory. The lineup will need to find success against the youngster early to help send a statement.

The Saturday game will see two hurlers looking to prove they are healthy and ready to contribute. On the heels of a decent Spring, Michael Wacha will take the ball for the Cardinals. He will be opposed by Bronson Arroyo, making his first start in 2 1/2 years.

Back to the top of the rotation and Carlos Martinez on Sunday as the Cardinals ace will look to show that his opening start was a statement towards his season. Reds pitcher Scott Feldman will look to prove the opposite, attempting to show his team that he can produce more innings and less deficit going forward.

The Cardinals need to make a strong statement here in an early season inter-division series. Putting up wins against a team like Cincinnati will show that they belong in the conversation at the top of the division.