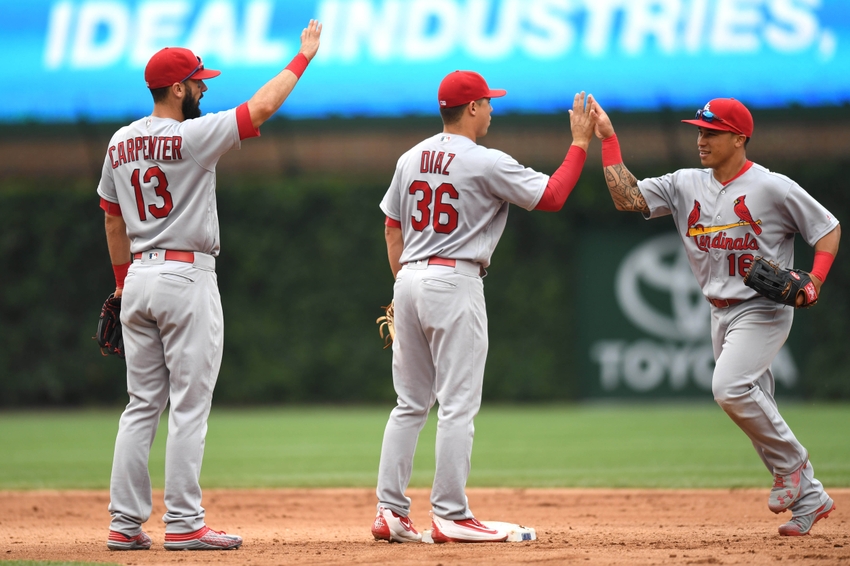 The New England Patriots scored in overtime marking the end of the NFL season. Pictures of trucks being loaded for trips to Arizona and Florida flooded social media this week. The calendar doesn’t say it is Spring just yet…but baseball does.

Pitchers and catchers report on Valentine’s Day for the St. Louis Cardinals. Official workouts will kick off and speculation for the 2017 season will reach fever pitch. Fans will begin talking about bounce-back players, prospects and numerous guys that are in “the best shape of their lives”.

The theme of the offseason for the Cardinals was defense. General Manager John Mozeliak spoke of it shortly after the end of the 2016 campaign. Dexter Fowler was added to the roster through free agency to help with it. Players like Kolten Wong, Aledmys Diaz and Matt Carpenter would be cornerstones of the movement.

Jose Oquendo has shifted roles this year. After a year off due to health issues, he returns as a Special Assistant to the General Manager. That special assistance will follow the same theme. He’s helping guys defensively.

Oquendo’s absence was brought up often among fans and pundits last year. The speculation was that the defensive minded coach being away was evident on the field. A franchise known for doing the fundamentals right labored through a season where fundamentals were the biggest struggle.

The trio of infielders mentioned above have been working with Oquendo over the last few weeks, according to Derrick Goold of StlToday.com. New major league coach Oliver Marmol has joined them as well. The subject of the unofficial coaching sessions is clear. Defense will be important and the focus of the team.

It’s encouraging to see players like Wong and Diaz taking that step. They are two young players that have been identified as being cornerstones of the upcoming season. Seeing them arrive early and begin working on the area of their game that the franchise has been stressing improvement from shows maturity. The team hopes it will show results and confidence.

Defense will continue to be the focus of the team. Early signs indicate the message is loud and clear.