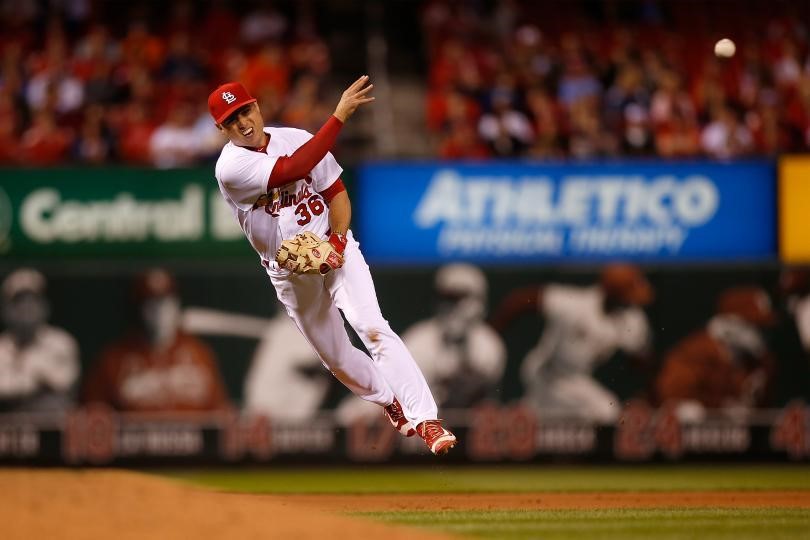 The St. Louis Cardinals did not make the playoffs for the first time since 2010, missing the second Wild Card spot by one game to the San Francisco Giants. The Cardinals still put a winning record together, finishing the season with an 86-76 record. There were plenty of positives and negatives that the Cardinals experienced this season, along with a big surprise.

The Cardinals are known for developing players you never heard of into All-Star players. Players such as Carlos Martinez, Michael Wacha, and Jeff Gyorko lay low in the minor leagues and come up the majors ready to contribute. Even when Albert Pujols came up in 2001, many thought he came up a year too early as the #18 prospect in baseball, after falling to the 13th round in the 1999 draft.

This season 26-year old shortstop Aledmys Diaz became that vintage Cardinals player to come up out of nowhere and produce at a high level. Diaz started the season on the Opening Day roster, serving as the starting shortstop and pinch hitter on off days. By May, Diaz was the full-time shortstop and started to put together an All-Star season. Diaz had a fantastic April, hitting .423 and 1.186 OPS in 71 at-bats. Diaz’s workload increased, hitting .276 with six home runs and 27 RBIs in May and June.

Diaz was named an All-Star by manager Terry Collins with his .315 average, .916 OPS (league-leading for shortstops), .380 OBP, 13 home runs, and 48 RBIs in the first half. It was a fairy tale moment for Diaz, as he defected from Cuba but felt short-changed by MLB teams. He saw players that had worse numbers than him receiving much larger contract offers and he simply did not understand why.

The Cardinals signed him to a four-year, $8 million contract. Diaz was grateful about the life-changing moment, but definitely came across that he had a chip on his shoulder. Diaz said, “When you earn fifty bucks a month, you know, you’re not really worried about the money. When you compare a guy like me to guys I played with in Cuba, I had better numbers and they received, like, $30 million or $25 million. It is what it is. It was the market at that point and I just had to take it.”

Even entering the season, Diaz wasn’t considered MLB ready and wasn’t on top of the Cardinals’ prospect list. Diaz was not on any Top 100 lists and was ranked the ninth best prospect in the Cardinals’ farm system before the season according to SB Nation. After Diaz’s poor 2015 season, the Cardinals took Diaz off their 40-man roster, giving all 29 MLB teams a chance to pick him up. All 29 teams passed. In the spring, the Cardinals’’ shortstop position became wide open, as Jhonny Peralta tore a ligament in his thumb and his signed replacement Ruben Tejada strained his quadriceps on the last day of spring.

The Cardinals’ front office as well as manager Mike Matheny gave Diaz his chance and he run away with it. Diaz is now on the list of some of the best young shortstops in the game and now looks to be the franchise shortstop for the Cardinals moving forward. Aledmys Diaz has been more than a pleasant surprise for the Cardinals this season.