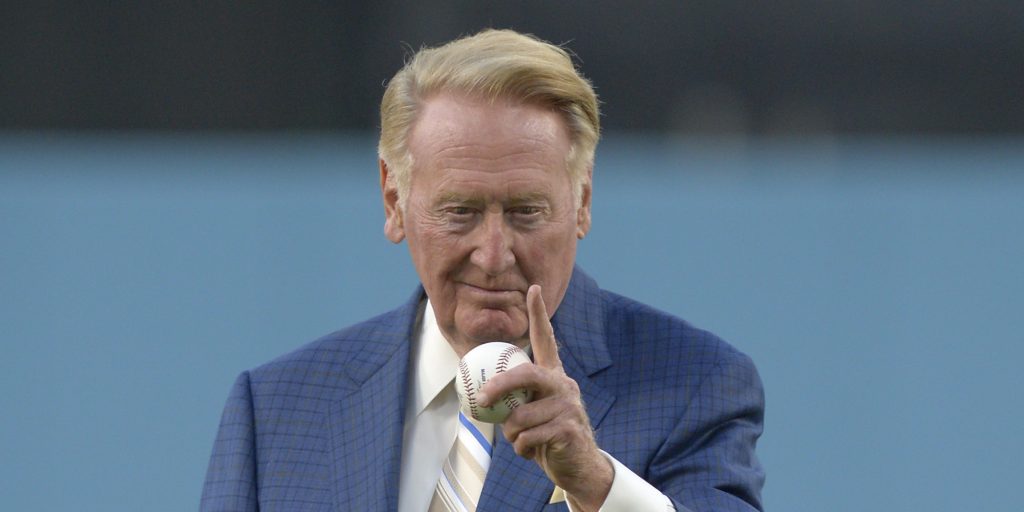 You can’t be a fan of a sport that you cover. Getting as close as you get to a sport as a member of the media will ruin that sport for you as a fan.

Those words echo through the head of almost everyone that aspires to be a member of the media covering a sport they love. Established writers and broadcasters pass along these words of advice to young men and women every day. People resign themselves to the belief that, in order to become a member of the media, they must renounce their love of the game.

Admittedly, Scully is in a class all his own. His style, respect and love of the game is hard to find duplicated anywhere. But as special as he is, it was on his final day that he gives hope to those that want to both love the game and cover the game as a career.

Before Scully wraps it up and heads for home, he has a few things he needs to say, too. Talking to Willie Mays before the game, Scully told the legendary center fielder, “You’ve always been my favorite player, even though you wore the wrong uniform.”  – from MLB.com

The game didn’t ruin itself for Scully, despite labor disputes, controversies and brash personalities. After all these years, Scully still had a favorite player. Not only that, but his favorite player was from the rival team to his long time employer.

Over the next few weeks there will be countless tributes to Vin Scully around the internet. All of them will be well deserved. Memories will flood websites and fans will consume them all.

As you look back at his career, remember that Scully is not only a special talent. He’s not only a voice of generations. His something more special than any of us could ever realize.

He’s a fan that got to live out every fan’s dream.

Bill Ivie is the founder of i70baseball and a freelance writer.
Follow him on Twitter to talk all things baseball.