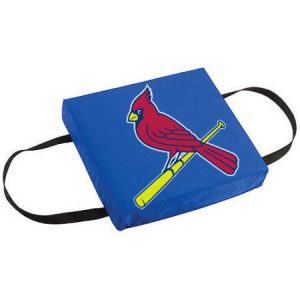 In the unlikely event of a water landing, your seat cushion may be used as a flotation device…or as a weapon to bludgeon someone.  It’s a tough call really, but some of you may have to make that choice over the next several days.  Why?  Because a lot of Cub fans have some trolling, crowing, and pillaging to do.  The faithful have endured a lot of tough times and bad teams.  I can’t begrudge them the opportunity to strut a bit, even if that means social media will be a hostile environment for a while.  So, get prepared.  Here’s a survival guide of sorts – just a bunch of canned responses to the usual trolling tomfoolery.

Random Cubs fan in your office:  The Cardinals suck this year.

Response:  Yes.  Yes, they do.  They suck almost as much as the 2012 playoff team.  However, this isn’t about them or me.  I offer you the sincerest of congratulations on your favorite sportsball team’s accomplishments during this arduous regular season.  May the remainder of your team’s games be filled with blowouts and fireworks with nary a TOOTBLAN to be found.

Cubs fan barista at your favorite coffee shop:  The Cardinals don’t have anyone half as good as Kris Bryant.

Response:  I don’t disagree, although I would debate the use of “good” over “productive”.  Regardless, Kris Bryant is an amazing talent.  I wish him nothing but the best and hope that he breaks every arbitration salary record there is.  I hope that he literally breaks the bank.  That’s the sort of thing one would expect from the 2nd overall pick in the 2013 amateur draft, or at least I think that’s what should be expected.  The Cardinals’ best position player is Matt Carpenter, and he was a 13th round pick, so I don’t have a good frame of reference for what a really high pick should do.  I mean, I do remember what happened the last time the Cardinals had the #2 overall pick…

Cardinal haters who aren’t Cubs fans but embrace the whole “the enemy of my enemy” nonsense:  Your manager sucks and will get schooled by Joe Maddon, even if the Cardinals make it far enough to face the Cubs.

Response:  Indeed.  Truly.  I agree, although I should point out that Matheny can be schooled by Joe Maddon even when the Cardinals and Cubs are not facing one another.

People with gambling problems and other issues:  I bet the Cardinals won’t win another WS for 100 years or more.

Response:  Is it even possible to go 100+ years between WS titles?  Someone should fact check that.  Also, do you have to put a clause in your estate planning to account for collecting or paying up on such a wager?

The guy who still wants to kick Bartman’s ass: The Cardinals are a bunch of cheating criminals like that Carlos Correa guy.

Response:  Chris Correa.  I don’t mean to be rude, but I think you are referring to Chris Correa – former scouting director sentenced to 46 months for hacking the Astros.  Very unfortunate.  I don’t know anyone who condones that sort of conduct.  Personally, I think it nearly impossible to root for anyone who knowingly breaks the law.  Aside: How is that Aroldis Chapman guy doing?

Wrigley bleacher bum:  We are going to win the WS this year and contend every year for a decade.

Response:  I would normally object to your use of “we” when referring to a sportsball team that does not employ you, but I respect you and your fortitude, bleeder of Cubbie blue.  Good luck with the retention phase of your sustained run though.  It’s going to be tough paying $45 for a cup to pee in once those stars hit their free agent years.

People who don’t actually watch baseball but own Cubs tshirts anyway:  The Cardinals wouldn’t stand a chance against the Cubs in the playoffs.

Response:  I couldn’t agree less.  The Cardinals most definitely have a non-zero chance against the Cubs, unless that 7-6 record the Cardinals have against the Cubs season is an absolute fluke.  I’d go so far as to put their chance roughly somewhere between “snowball chance in hell” and “Ben Affleck – best Batman ever”.

Average Cub fan on the Twitter:  It must suck to suck now.

Above average Cub fan on the Twitter:  The Cardinals don’t have it this year.  They don’t have the starting pitching, and the bullpen is shaky.  They are too heavily reliant on the home run ball, and their baserunning is atrocious.  The front office failed to make any significant moves before the trade deadline, and they do have an aging core issue.  If not for the collective mediocrity of the NL Central, the Cardinals wouldn’t even be in the wild card discussion.  Wait until next year.

Response:  Is that you, John Mozeliak?