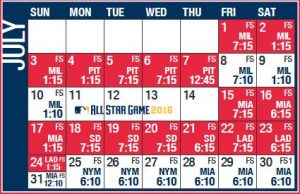 The idea of reducing the length of the MLB season seems to gain traction within some circles every few years.  The MLB Players’ Association wants to reduce the season from 162 games to 154 games with concern for the collective health of its members a topic of the utmost importance (at least for this particular discussion).  The idea that fewer games means more days off which in turn means more rest and potentially fewer injuries sounds appealing.  But if they reduce the season by nearly 5% in terms of games played, are they willing to take the equivalent pay cut?

Think of a baseball team as the center of a vast, complex ecosystem of sponsors, vendors, organizational staff, and related industries.  Even if MLB could and would renegotiate television contracts (unlikely) and sponsorship agreements (even less likely), teams would have to adjust their business relationships to accommodate the revenue reduction from several different streams.  That seems at opposition to the team’s best interests, and that 5% change would have a potentially devastating cascade effect.

Vendors would suffer.  If nothing else, think of your dearly beloved favorite beer man or beer woman.  Those folks move mountains and massive quantities of ice in unbearably unwieldy tubs to bring you an ice cold frosty one (or six) at $10.50 per, and their relative success at making an honest living depends greatly on whether or not you drop a tip of more than 50 cents.  Sure, it’s seasonal work, but it’s seasonal work that satisfies a need for hard currency for a good bit of the year.  Think of that hard-earned money.  Now think of what a reduction of 5% means for the many who work that seasonal job for a secondary income.  That’s rough, and don’t even get me started on the people running the cheese steak stand at Busch.  When they suffer, we all suffer.

What about suppliers?  Sure, the 5% reduction may be just a blip on the radar to Umbrella Corp (AB InBev), but Schlafly isn’t exactly AB InBev-SABMiller.  The latter could potentially make up the difference by shutting down their incessant Bud Light Lime commercials.  The former would lose 4 significant opportunities a year to make the latter’s products look like the swill they are.

Move away from the stadium office epicenter, and consider the hotels, restaurants, panhandlers, Uber drivers, and bike taxis that would lose 4 games a year.  Visiting teams practically take over an entire hotel for 2-3 nights each series, and that’s a lot of money getting spent on room service.  That doesn’t even include the amount of money cleat chasers spend trying to find out which player checked in under the name “Donald Duck”.

What kind of impact would the loss of 4 home games have on the Hooters restaurant near Busch?  Or Mike Shannon’s restaurant?  More importantly, what would happen to the downtown spots that actually have decent food?  Let’s face it.  That Hooters location would go under if not for the “Matt Adams Effect”.

Smart money says no baseball-related business would notice the difference more acutely than the Ballpark Village fan experience supercenter and grocery mart.  The DeWitt family runs that place like a casino and probably has a scoreboard somewhere that displays revenue numbers in real time for BPV.

Of course, no substantial change happens without at least some kind of unintended consequence.  Think of how the 162-to-154 change would impact suspensions, especially the 80-game knock for violating the league’s drug policy.  The relative harshness of that suspension would increase without a change to the penalty set.  What about service time accrual?  Players earn credit for a service day for every day they are on the 25-man roster, and it takes 172 service days to make a service year.  Even if the season stays roughly 183 days long, padding the season with more off days seems like an invitation for teams interested in manipulating service time.  But teams would never do that, right?

I’ve got a better idea…or at least a different one.

Add 3-4 day/night doubleheaders to the schedule but with a few caveats.  First, the series including the doubleheader would have to be followed by an off day.  This would obviate the need for an extra starting pitcher, and some teams are simply better positioned than others to bring up a 6th starter.  Second, increase the roster exception for doubleheaders from one to two players with the requirement that one be a pitcher and the other a catcher.

It’s a half-measure.  Instead of 162 games in 183 days with a maximum of 21 off days, we’re just manipulating things to increase the number of off days to 25.  That may not seem like much, but think about what teams look like after playing 20 games in 21 days.

Alternatively, just expand the active roster to 26 or 27 and give guys more days off without changing anything about the number of games played or when they are played.   For teams with limiting payroll constraints, an extra $1M spent on guys making the minimum won’t break the bank.  Better yet, add doubleheaders AND increase the active roster size, and much like the Cardinals against the Padres yesterday, you have a win-win.