One of soccer’s biggest stars will be getting his a Topps certified autograph in 2015 Topps® Premier Gold Soccer.

On December 16, the high-end set will release with an autograph from global superstar Wayne Rooney, the captain for Manchester United and the English national teams.

“We are very excited to have a player of Wayne Rooney’s caliber sign for Topps,” said Topps brand manager Zvee Geffen. “He has not signed many cards over the years and this continues to show Topps’s focus on creating the best products for soccer fans around the world.” 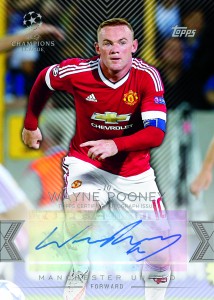 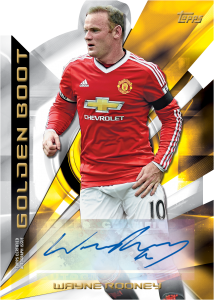 New York, NY – December 2, 2015 – Break out your Sonic Screwdrivers and jump into the TARDIS – it’s time to travel from Gallifrey to Trenzalore and everywhere in between with Topps! This new Doctor Who trading card set from Topps® is the most comprehensive Doctor Who trading card set ever, featuring characters and stories from across the entire 52 year Doctor Who franchise. BBC AMERICA is the home of Doctor Who, which premieres every Saturday at 9:00pm ET.

Topps Doctor Who trading cards span the iconic BBC series from the very first episode in 1963 through the modern era, including the 1996 TV movie. Topps Doctor Who contains 250 cards to collect, featuring rich storylines and dynamic characters from across the saga.

“We are so excited to be bringing such a fan favorite series to life on Topps trading cards! We created this set to appeal to super-fans who want character and plotline information across the entire franchise, but it’s also great for introducing new fans to over 52 years of content,” said Mark Von Ohlen, Brand Manager of Entertainment at Topps. “And we created some fantastic chase cards including TARDIS patches, costume pieces, and autographs from the cast!”

Topps has even more great surprises in store for Doctor Who fans within the set, such as signed costume pieces, signed TARDIS patch cards, six dual autographs, and three triple autographs!

Topps Doctor Who trading cards are out now and are available at local hobby shops and Barnes & Noble. 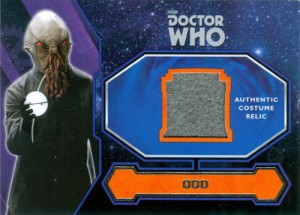 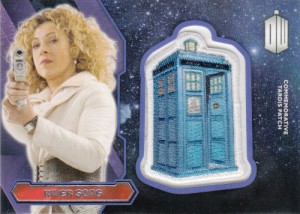 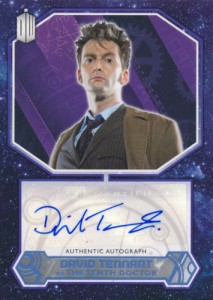 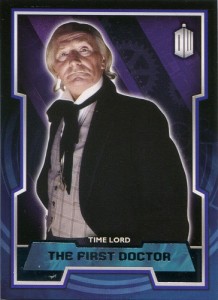