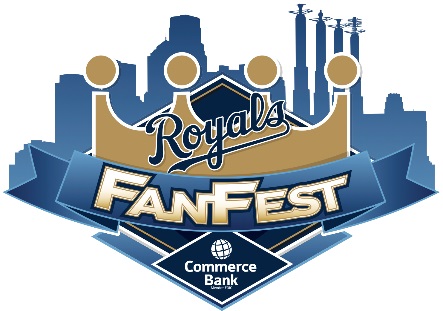 KANSAS CITY, MO (December 4, 2015) – In an effort to improve fan experience, the Kansas City Royals have announced that the 2016 Royals FanFest presented by Commerce Bank will now have timed entry.  The event is scheduled for Friday, January 29 and Saturday, January 30.

Tickets for FanFest will be sold on a timed-entry basis, providing fans the ability to reserve the day and time of their choice.  Inventory is limited for each entry time, so fans are encouraged to buy early to secure the date and time of their choice.  Fans will not be able to enter the convention until their slotted time.  There will also be very limited number of two-day passes for sale.  Fans who purchase those will be allowed to enter at any time during the general public hours.  Once inside, fans are allowed to stay as long as they wish.

All events inside are free with the price of admission.  Fans can celebrate baseball in a big league way at Royals FanFest with autograph sessions featuring current and former Royals, interactive games for all ages, main stage programs and more.  The club’s 2015 Major League award winners will also be recognized during the event.  In addition, ARAMARK and Royals Authentics will be on site selling the latest merchandise and unique Royals memorabilia, and special activities will be planned throughout the event at the Royals Diamond presented by Teva.

Royals 2016 season ticket members will still receive exclusive access on both days of the event before FanFest opens to the general public.  All general public tickets purchased prior to today are allowed entry at any time during general public hours.

Overall hours for the 2016 Royals FanFest presented by Commerce Bank are listed below.

Beginning today, fans may secure Royals FanFest tickets by visiting www.royals.com/fanfest.  Tickets may also be purchased by calling (816) 504-4040 or visiting the Kauffman Stadium Box Office during business hours (Monday–Friday, 9 a.m. to 5 p.m).  Online and phone orders are subject to applicable service fees.  Royals season ticket members should purchase online through the the special link they received via email.

Ticket prices for the timed entry for Royals FanFest are as follows:

* Please note that youth prices are for children ages 6-17.  Children five and under will be admitted for free.