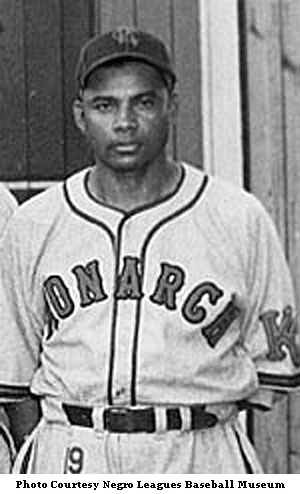 Louise Smith, widow of Hilton Smith, has passed away at the age of 98 years old.

Hilton Smith is a hall of fame pitcher famous for his time in Negro League Baseball with the Kansas City Monarchs.  During his playing career, according to the Hall Of Fame, he was credited with 20 wins in each of his 12 seasons with the Monarchs.

Possibly best known for his relief appearances behind the great Satchel Paige, Smith pitched in six consecutive “East-West All Star Games” from 1937-1942.  He was considered by many to be the best pitcher in black baseball but was largely overlooked due to his quiet demeanor, a stark contrast to that of Paige’s.

Hilton hurled a no-hitter in 1937 and according to many sources did not lose a single competition in 1938.  During the winter of 1946, he pitched the Vargas team in the Venezuelan league to the championship.  The following March, he would pitch for the Vargas team in an exhibition game in Venezuela against the New York Yankees.  He would allow one hit over five innings and be credited with the win in a 4-3 ballgame.

Smith would decline an offer from the Brooklyn Dodgers as baseball’s color barrier came crashing down, eventually retiring in 1948.  He would go on to teach, coach, and eventually become a scout for the Chicago Cubs.  He passed away in 1983 and was inducted into Cooperstown in 2001 by the Veteran’s Committee.

Louise Humphrey would marry Hilton Smith in 1934.  The couple would have two children during their marriage.  During an interview for the 2005 Oral History film, Louise would recount how she turned down Hilton’s marriage proposal at first because she did not want to marry a ballplayer.  Ultimately, she identified that he was a professional man and was rewarded with being able to see areas of the world she never thought possible.

From the “Did You Know” section of his Baseball Hall Of Fame Bio:

According the the Negro League Baseball Museum, Louise visited the museum for “one last tour” earlier this week.

You can visit the Negro League Baseball Museum’s website by clicking this link.