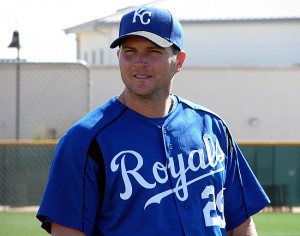 I wrote this article for school. We were not allowed to do any research, hence the significant lack of numbers. Leave a comment and I will revise it so there are more stats.

The Kansas City Royals pitching staff was horrific this past season, with Luke Hochevar and his 5.39 ERA, and Jonathan Sanchez giving up 7 runs in 1 1/3 innings to the Mariners. I have a proposition, which will hopefully make the Royals 2013 season the first memorable one since 1985. This would be an anomaly, as the Royals have the longest playoff drought in any professional sport since fifteen years before I was born. Being a Royals fan is difficult, as you have to get accustomed to losing. But if Dayton Moore, the Royals General Manager, would consider these ideas, the Royals may win what is expected to be the worst division in baseball in 2013.

The Royals need starting pitching. Anibal Sanchez is their best option. Sanchez started the 2012 season with the Miami Marlins, who traded him to the Detroit Tigers at the trading deadline. He struggled out of the gate, but picked it up and had a fantastic end of the season. His great performance spilled into the postseason, where he dominated the Oakland A’s and the New York Yankees. He makes the start for game 3 of the World Series, which, as I am writing this, has not occurred yet. Sanchez appears to be the best realistic option, as a Zack Greinke reunion seems to be unlikely.

Speaking of Greinke, if the Royals were to get him, I believe that it would require them to get creative. I think that I can assume you do not know who Mike Sweeney is. He was a first baseman for the Royals before he became injury plagued. The player is not the comparison, his contract is. I was reading a Rany Jazayerli article (a blogger and founder of Baseball Prosepectus) the other day, and he presented the idea of taking the unique clause out of Sweeney’s deal, that says the Royals cannot be bad. Let me explain- the clause says that if the Royals don’t finish over .500 (81-81) in 2003 or 2004, Sweeney can walk away. In the first year of his contract, (2003) the Royals won 83 games. The contract worked, as it kept what was at the time one of the best hitters in the American League in Kansas City. Greinke left Kansas City because he wanted to win, if the Royals give him this clause, if he does not win, he gets to leave.

Dayton Moore claims that he would like to pick up Kyle Lohse. I share another theory with Rany, and that is Moore should stay away from Kyle Lohse. Lohse currently plays for my beloved Cardinals, but he is a free agent this offseason. I have looked at all of Lohse’s splits, (stats) and all of them appear to say that he relies heavily on the Cardinals good defense, and luck. Since 1985, Kansas City is where luck keels over, balls up, and dies. Kansas City has a below average defense. (as a team). Lohse is going to get paid a substantial amount more than Sanchez, and Sanchez has appeared to be better over the last few seasons.

I hope that you have been able to draw a fair amount from this article, but if one thing could stick with you, it would be this; The Kansas City Royals need starting pitching, and Anibal Sanchez seems to be the answer. I am not saying that the Royals will be the best team in baseball, I am just saying that they might be competent, and competent is all that we are asking.