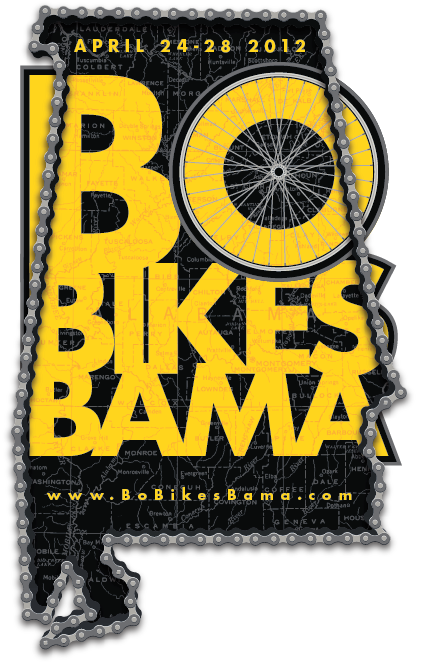 BIRMINGHAM, Ala. – MARCH 21, 2012 – On April 24, one year after deadly tornadoes devastated the state of Alabama, sports legend Bo Jackson will embark on a five-day charity bike ride with a goal of raising $1 million for the Governor’s Emergency Relief Fund. Jackson’s 300-mile ride will offer a glimpse of the devastation caused by the April 2011 tornadoes as well as inspire and offer hope to the people of Alabama.

“The reason for this ride is for state unity and to pay homage to the great Alabamians who lost their lives on April 27, 2011,” says Jackson.  “I want Bo Bikes Bama to bring hope to Alabamians whose lives were forever changed by last year’s devastating tornadoes.  I encourage all my friends and fellow Alabamians to support me throughout this journey.”

The route was designed by TREK Travel to follow the path of destruction.  It will begin in Henager, Ala. and conclude in Tuscaloosa, Ala.  Throughout the ride, former teammates and sports stars will join Jackson as well as others who make a charitable contribution to the cause.  Each day, Bo will ride a custom-designed TREK bike that features the names of the over 200 Alabamians who lost their lives to the tornadoes.  A limited number of spots to ride with Bo are available for a $200 tax-deductible donation.  Those interested should register online at www.bobikesbama.com.

On April 28, at the conclusion of Jackson’s journey, there will be a finish line celebration at the Tuscaloosa Amphitheater. This celebration will feature live entertainment as well as a silent auction with autographed memorabilia from athletes and celebrities such as Cam Newton and Lance Armstrong.  The bikes from Jackson’s ride, donated by TREK, will also be auctioned off at the event. General admission tickets and VIP sponsorship packages will be available for purchase.

All contributions to Bo Bikes Bama will be donated to the Governor’s Emergency Relief Fund, which was established by Alabama Governor Robert Bentley immediately following the devastating April 27, 2011 tornadoes.  The Fund helps Alabamians who have exhausted all other avenues of disaster relief provided by insurance, government funding and relief organizations. For more information about the Fund, visit www.servealabama.gov.

About Bo Bikes Bama
Bo Bikes Bama is a charity bike ride conceived by sports legend Bo Jackson to address the unmet needs faced by Alabamians from the deadly April 2011 tornadoes.  Bo’s ride will take place over five days and will offer a glimpse of remaining damage from the 2011 storms.  All funds raised by Bo Bikes Bama will be contributed to the Governor’s Emergency Relief Fund.  Through corporate sponsorships, private donations and registrations to participate in the ride, Jackson aims to raise $1 million for the cause.  Bo Bikes Bama is possible because of the generous contributions of founding partners Capital Sports and Entertainment, Nike Inc., TREK and TREK Travel.  For more information or to learn how to get involved, visit www.bobikesbama.com.