March Madness has arrived.  64 teams will battle for the title of National Champion. 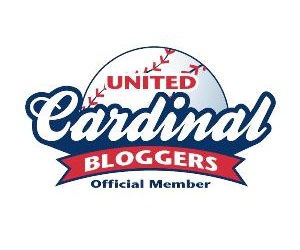 You can catch all of that basketball action live on various television channels.  I assure you, I will be watching with you.  But between games, we hope to remind you that baseball is, in fact, in full swing.

Friend of the site, and fellow United Cardinal Blogger member, Nick reached out to i70 yesterday to participate in a March Madness tournament.  The goal?  To crown the greatest St. Louis Cardinal Team of all time.

Yesterday, a draft was held.  Four websites chose the 64 teams for this year’s tournament.  Each site will represent a region for this tournament.

Each region will post a poll for the readers to determine the winners.  Each match-up will run over the course of a weekend, with the next round beginning the following week.  The Final Four will be held on the United Cardinal Bloggers official site.  The Buck Region bracket is below. 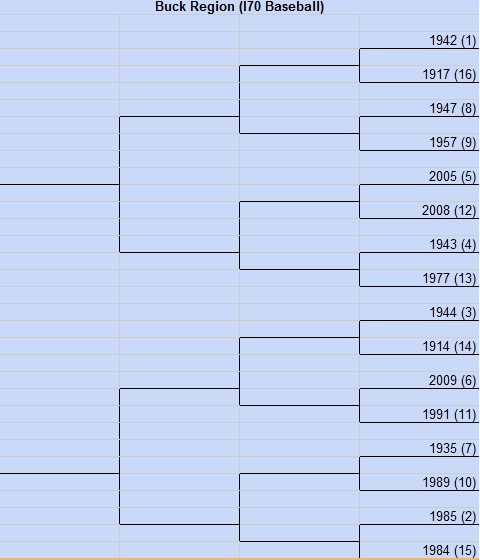 Later today, polls will be posted for the initial round of this tournament.  We ask that our readers vote on these rounds and help us determine who will represent i70baseball in the finals of the tournament.  Also, make sure you drop by the other sites that are participating and vote on their brackets as well.

Bill Ivie is the founder of i70baseball.com