Spring Training is underway and the Kansas City Royals begin their 2012 campaign. This year, fans are excited about the Royals young, talented players and their boundless potential to be part of a winning team.

But the players can’t do it alone. The Royals coaching staff has to provide guidance on and off the field to make the Royals a winner. Here’s the men who will lead the Royals into the 2012 Major League campaign.

Manager Ned Yost: This will be the second full season Yost manages the Royals, after replacing Trey Hillman during the 2010 season. Yost managed the Milwaukee Brewers from 2003-2008, leading the Brewers an 83-79 record in 2007, their first winning season since 1992. The following year, the Brewers were 83-67 with 12 games left and on their way to an N.L. Wild Card before a 3-11 September slump and a four game sweep by the Philadelphia Phillies cost Yost his job.

Before managing the Brewers, Yost spent 12 years with the Atlanta Braves Major League staff as a bullpen and third base coach. He also spent parts of six seasons as a catcher for the Brewers, Texas Rangers and Montreal Expos from 1980-1985.

With Yost’s experience managing small-market Milwaukee and his 12 years with the Braves, the Royals believe he is the one who can make the Royals a contender. Whether Yost can led the Royals to the promised land is uncertain, but he will be given every opportunity to succeed since the Royals recently picked up his 2013 option year. 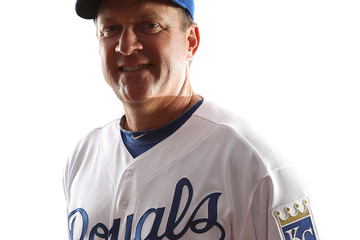 Seitzer’s job this year is to get the lineup to cut down its strikeouts, take more walks, get more men on base and hit for more power, especially home runs. So far the team is buying into Seitzer’s coaching, with Alex Gordon being one of the players he helped make into a better hitter. 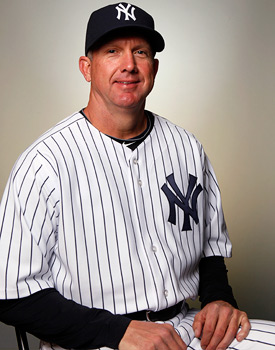 Eiland helped the Yankees win a World Series in 2009, so he knows how to win. However, Eiland has a tough task ahead of him with a suspect starting rotation, but a solid bullpen. In 2011, the Royals finished 12th in the A.L. with a 4.44 ERA, while giving up 557 walks, the most in the A.L. Eiland wants the starting pitchers to pitch into the late innings, using the bullpen to hold leads or give the offense a chance to rally in the late innings if they’re behind. Time will tell if Eiland is up to the challenge. 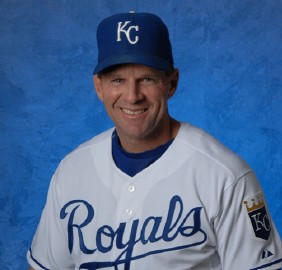 In addition to first base, Sisson is also the baserunning and outfield coach. The Royals had a good outfield last year with a career year by Alex Gordon and solid seasons from Jeff Francoeur and Melky Cabrera. Last year, Royals ranked 2nd in the A.L. with 153 stolen bases and caught stealing only 58 times. Sission’s familiarity with the players who came up through the Minors should be an asset to the team. 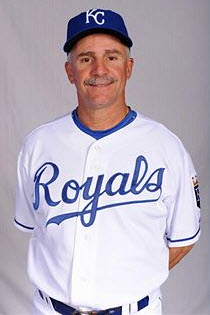 Third Base Coach Eddie Rodriguez: A baseball lifer, Rodriguez spent six seasons as a Minor League player before having a long and varied career as a Minor League manager and coach. Rodriguez was a coach for several Major League clubs, joining the Royals as the third base coach in 2010.

Rodriguez is also the infield coach and with Eric Hosmer and Mike Moustakas solidly at the corners, Rodriguez will focus his attention on a middle infield in flux, with projected starters Alcides Escobar at shortstop and Johnny Giavotella at second base. If Rodriguez can help improve the middle infield, the Royals will be a better team this season. 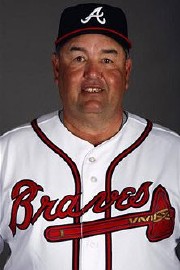 Bench Coach Chino Cadahia: A long career as a coach and manager in the Rangers and Braves Minor League systems, 2012 will be Cadahia’s first season as the Royals bench coach.

Cadahia is also the catching coach and will be responsible for catchers Salvador Perez, Brayan Pena and Manny Pina, depending who makes the Opening Day roster.

In Atlanta, Cadahia spent 2007-2010 as bench coach for manager Bobby Cox. Working with one of the best managers in Major League history and his relationship with Yost in Atlanta should be an asset to Yost and the Royals. 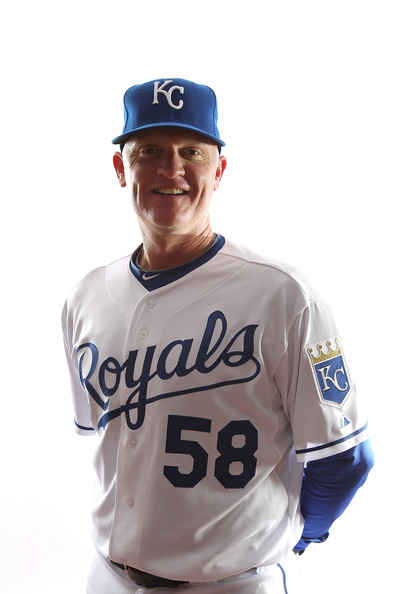 Bullpen Coach Steve Foster: This is Foster’s third season as the Royals bullpen coach, after spending 2007-2009 as the bullpen coach of the Florida (now Miami) Marlins. Foster spent time as a pitching coach in the Marlins Minor League system, a scout for the Tampa Bay Rays and a college head coach and pitching coach. Foster also co-authored the book Lessons From Little League and Life with his father Steve Foster Sr.

Besides answering the bullpen phone properly and making sure the relief pitchers are warmed up and ready to enter the game, Foster will assist pitching coach Dave Eiland and preside over a Royals bullpen which was one of the highlights of the 2011 season.