The Royals have been inactive again this week.  This week, will continue our look at the American League Central infielders by reviewing the second basemen of each team.  The following statistics will give us a view of each player’s 2011 season. The Chicago White Sox will start one of the once highly touted prospect Gordon Beckham at second.  Beckham had a breakout rookie season hitting .270 with a .460 slg and a .347 obp.  Beckham has struggled to live up to the hype the last two seasons.  His offensive production has steadily decreased each year.  Will his bad streak have finally hit rock bottom last season or will become continue to digress.  The White Sox still have hopes Beckham can perform like he did his rookie season.

The Cleveland Indians will be starting Jason Kipnis.  Kipnis had his first taste of the big leagues last season.  In his first 36 games Kipnis hit .272.  Throughout the minor leagues Kipnis has always been a solid contributor with the bat.  In his three seasons in the minors Kipnis hit .300.  The Cleveland Indians plan on Kipnis being an everyday player for the next six seasons.  The Indians feel Kipnis will be a solid offensive contributor and continue to improve his numbers at the big league level.

The Detroit Tigers will start Ramon Santiago at second. Santiago is the most seasoned second basemen in the American League Central.  Santiago has never been an everyday player.  The most games he has played in a single season was 141 in 2003.  Since then, 112 in 2010 and 101 in 2011 are his next highest totals for games played in a season.  Santiago will really just be there to fill a position in the offensive line of an infield the Tigers will be trotting out everyday.  Santiago has been a .260 hitter over the past three seasons.  With Santiago you know what you are getting and that is not much production.  With that said in the Detroit offense, this should not be a problem.

The Kansas City Royals will start Johnny Giavotella.  Johnny forced the Royals hand last season with his hugely productive season at AAA.  Giavotella hit .338 in 110 games at AAA.  This followed up a season where Giavotella hit .322 at AA.  The Royals know the potential for Giavotella to hit is there, but in 46 games last season Johnny struggled to adapt to big league pitching.  He hit only .247 and got on base at only a .273 clip.  Throughout the minor leagues Giavotella showed better patience and the Royals see him as a potential staple in their lineup.  Giavotella will have to continue to improve his patience at the plate at the big league level.  He also must work on making contact at the plate, in the 46 big league games he played he struck out 32 times.  In AAA in 110 games he struck out only 57 times.  If Giovatella is able to make a few adjustments he will be a solid contributor for the Royals. 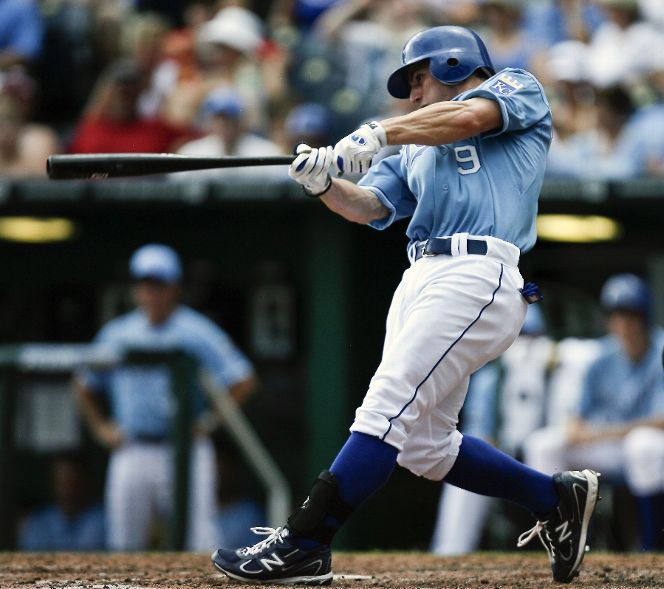 The Minnesota Twins will begin the season with Alexi Casilla at second.  Casilla is another player who has never been an everyday starter.  Casilla played a career high 97 games last season.  Casilla is a prototypical second baseman.  Not much power, hits .250 and steals a couple bases.  The Twins may have a tough time scoring runs this year unless Mauer and Morneau are healthy.  Even then the middle infield for Minnesota has no power and hits for a low average.

Now that all second basemen have briefly been discussed, I will rank them from 1 to 5 in my point of view as to how their overall production for the 2012 season will stack up.

From my point of view, none of the second basemen have ever shown much of a reason to get overly excited.  Jason Kipnis showed throughout the minors he could hit, and in limited big league time he proved he could hit at this level too.  If Johnny Giavotella makes a few adjustments and shows his is not a AAAA player, but a solid major leaguer he could easily move to #1 on this list.  With Santiago you know what you are going to get .260 a little pop, but just watching the Detroit infield is entertainment enough.  Gordon Beckham could be the best player on this list.  He proved for a full season that he could produce at the big league level.  If he can revert to his rookie form Beckham could easily head up this list.  As for Casilla, well he has never played 100 games hits .250, nothing to be excited about.  The second base position for the AL Central could be a battle of mediocrity, but only time will tell if any of the young players can have break out seasons.