Until the Royals open the 2012 Season I will start each article with important statistics: 16 Days until pitchers and catchers report to Spring Training. 30 Days until Cactus League play starts. 62 Days until Opening Day (I guess night, late night). On to the article. I’m impressed that I made it this far into the off-season without having to resort to this. I have three thoughts on the Royals, but none of them long enough to create an entire article. So here is 2012’s first Royals Potpourri: 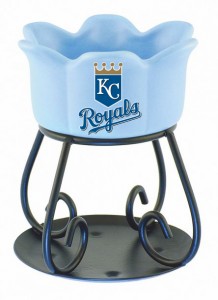 Silence From the Front Office – Coming into this week, Edwin Jackson & Roy Oswalt were the two remaining free agent starting pitchers that anyone feels can make a difference. Roy Oswalt has been covered here. I’m confident Oswalt would not have come to Kansas City based on his public statements of not wanting to go to Cleveland or Detroit. That left Edwin Jackson, who signed with the Washington Nationals this week.

I did not think Dayton Moore was going to sign either of these pitchers. That doesn’t mean I was hopeful of some surprising un-fiscal responsibility from the Royals front office. I get why the Royals are waiting to see what they have in Mike Montgomery, Danny Duffy, and Felipe Paulino. That’s the most cost effective way to go. If all three take steps forward this season, which is optimistic. The Royals still need to spend some money or prospects to get a front line starter if they want to have prayer of getting past Detroit in the AL Central. If all three flame out it will be time to call for an end to “The Process”. It’s something to keep an eye on. Especially if the Royals get off to a good start this season.

Royals: You’re Doing it Wrong! – Bob Dutton had an article in the Kansas City Star this week listing possible replacements for Frank White as the Royals television Color Commentator. It seems the leading candidate is former big league, and Angels Broadcaster Rex Hudler. I’ve heard Rex on Jim Rome’s show a few times. I like him in the interview setting. He’s kind of goofy, and brings the motivational speaker cheese. That’s fine for a radio interview every few months. I have a feeling if I had to listen to that shtick game, after game, after game that it would get old by Tax Day. If Rex Hudler is Frank White’s replacement I will have to mute or turn off the television and let Boulevard Brewing Company sell it’s beer to me on it’s own merits. Some baseball blogs contend that Hudler is one of the worst commentators in Major League Baseball.

I’m becoming more irritated with this situation knowing that Rockies Commentator George Frazier didn’t get the job. I used to live in Denver and always enjoyed Frazier as part of the Rockies broadcast. I think he would have been an improvement over White. I know that’s blasphemy in Royals Nation, but that’s just how I feel.

But, let me redeem myself. I have been on the fence about the whole Frank White firing. There are two sides to every story, and we’ll never hear the Royals side. However, the Royals organization does not have a good track record of doing things right. Until they start consistently doing that I’m going to assume they’re doing things wrong. Firing a living legend and ambassador for your organization; then bringing in a person who many feel is not very good at that role seems like the wrong thing to do. Cancelling Fanfast was doing it wrong too. I would expect this type of Public Relations indifference out of a winning organization whose games and merchandise are in high demand. The Royals have not been a model franchise since Bob Saget was rocking a Giants warm-up jacket on Full House. 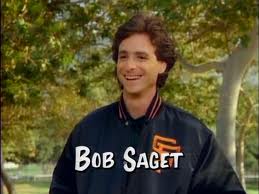 Last season the Royals finally gained some credibility with their fan base with the infusion of prospects from their minor league system. Then they do the dumb stuff mentioned above. I’m not going to rant and rave and say I’m going to quit being a Royals fan. I’ve been over that before. However, the Royals organization isn’t compelling me to spend more money with them than I had already budgeted.

Can We Get This Over With? – In case this got passed you. The Super Bowl is tomorrow. Baseball is my favorite sport, football is a close second. However, this Super Bowl is so un-compelling to me I’ve thought about not watching it. No one close to me would believe that statement, so I’ll probably watch.

There is only so much you can say about a three hour football game. I’ve gone on a sports media black-out this week to avoid Evangelical Football Fan Hyperbole. However, the biggest reason I can’t wait for the Super Bowl to be over? Baseball Season is the next thing on the horizon.