The Cardinals will embark on five separate caravans, scheduled around the Winter Warm-Up weekend, January 13-16. Three caravans will depart on Friday, January 13 through Saturday, January 14 and two caravan trips are slated for Sunday and Monday, January 15-16.

A schedule of the five caravans, their destinations and participating players is attached, and can also be found on the team’s website at cardinals.com/caravan. 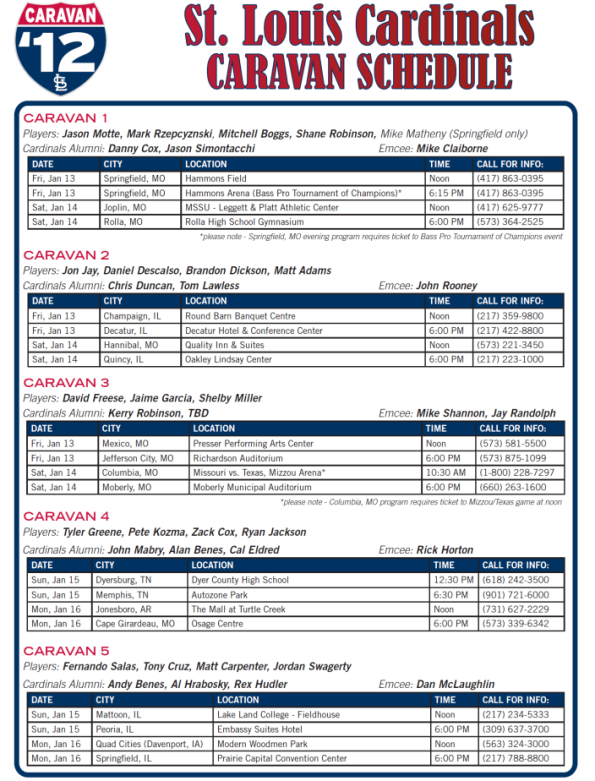