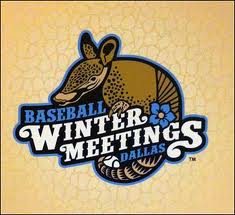 DALLAS, TX – A few former Northwest Arkansas Naturals have spent the past couple weeks seeing their names bandied about in trade rumors as respect for the job Royals’ GM Dayton Moore and his key front office executives have done building the farm system gets noticed across baseball.

Naturals’ outfielder Wil Myers has been thrown around in more than a few of those rumors. Earlier this fall, several different sources had him being of interest to the Atlanta Braves, who were attempting to interest the Royals in starting pitcher Jair Jurrjens and infielder/outfielder Martin Prado. In Dallas, it was rumored that the Oakland Athletics were placing talented southpaw Gio Gonzalez on the block, with Myers one of a couple of players that might interest the A’s should they hook up with the Royals on a trade.

“I’d like to keep Wil Myers‘ name out of the paper as much as possible,” Moore told Dick Kaegel of MLB.com. “Wil Myers is a young, talented player. He had a tremendous Arizona Fall League. We live with him every day. We love him and he’s a big part of our future. But he’s a Double-A player. He’s going to produce at his own natural rate. We’re not going to put unrealistic expectations on him. What other cliche do you want?”

In the end, nothing took place on either front, as KC would prefer to hold onto Myers, who finished a stellar stint in the Arizona Fall League, batting .360 with a .481 on-base percentage. The Kansas City Star reported that one reason for holding off on exchanging prospects for major league pieces, particularly a young southpaw like Gonzalez, was that the Royals wanted to see how their own young left-handers – all current or former Naturals like Chris Dwyer, Mike Montgomery, Danny Duffy, and Will Smith, continued to develop. They also have Naturals’ lefty John Lamb, arguably the most talented of them all, recovering from Tommy John surgery.

The Royals are hopeful Lamb will be able to return to action mid-season, and that he and the rest of the quintet of southpaw prospects proves the pitching depth Kansas City appeared to have prior to the 2011 season is very much intact.

Another rumor had the Toronto Blue Jays interested in emerging Royals’ fireman Greg Holland, a former Natural from the 2009 bullpen. Holland has drawn interest from other teams as well, but before the Winter Meetings began, the Blue Jays had been rumored to be dangling former Cardinal outfielder Colby Rasmus for him. There was another rumor that had the Rays discussing Naturals’ infielder Christian Colon possibly in a package for Tampa Bay starter James Shields.

On the lobby floor of the Hilton Anatole Hotel in Dallas, it can be very difficult to separate fact from fiction, especially given that with so many baseball people talking to one another and so many media people around, some of the fiction invariably ends up airing on TV and appearing on the internet. But one thing appears clear – most of baseball has respect for the direction the Royals appear to be headed. Those former Naturals are just going to have to get used to the rumor mill.

“A lot of people have a lot of interest in our young guys, and that’s good,” Royals manager Ned Yost said. “That’s really good. We like them and think they’re going to be good players and help us win a championship, so we’ve got to be especially smart in the moves we make now.”

The old baseball saying is, sometimes the best trade is the trade you don’t make.

“We’re in really good shape,” Yost said, “because Dayton and our scouting people and player development have worked really hard to build this organization to where it is now. And to dismantle it [by trading] some of these young players really doesn’t make sense at this time.”
Naturals/Texas League Notes

Rule 5 Draft: The Royals took left-handed pitcher Cesar Cabral in the Major League phase and immediately dealt him to the Yankees for cash. In the Triple-A phase, they selected left-hander Thomas Melgarejo from the Dodgers’ organization. Melgarejo could be a candidate to see time with the Naturals in 2012. The Royals lost no players in the Draft, in either phase.

Several other current and former Naturals are honing their craft this off-season playing in various winter leagues that span the globe.

Puerto Rico: Rey Navarro (Crillos de Caguas) had a three-hit game on Saturday but still has underwhelming overall numbers, sitting at .167 with a homer and eight RBI’s… Irving Falu (Indios de Mayaguez) has an eight-game hit streak intact through Thursday, with two multi-hit efforts. He’s now batting a cool .308 this winter…Angel Sanchez, teammates with Falu in Mayaguez, has six hits in his last two games to lift his average to .279…Mario Santiago, having completed a stint in the Dominican Republic that saw him go 2-0 with a 2.62 ERA in nine appearances for Tigres del Licey, now has re-located back to his native Puerto Rico and joined his usual club, the Gigantes de Carolina. He made his first start for them on Tuesday night, going seven innings and allowing just one run.

Venezuela: Mario Lisson (Navegantes de Magallanes) has been getting increasingly more playing time, and both he and his team have been to the benefit, as he’s lifted his average to .270 with five homers and 16 runs batted in. He’s even seen spot duty in right field… Ernesto Mejia (Aguilas del Zulia) homered on Thursday for his seventh home run of the winter league season, part of a 2-for-4 effort that included three RBI’s. He’s now hitting .275 with 34 RBI’s which leads the team…Manny Pina (Bravos de Margarita) sees mainly defensive duty only for the Bravos, and he has just one hit in his last seven games.

Dominican Republic: Manauris Baez (Estrellas de Oriente) allowed one run in 5 2/3 innings with five strikeouts in his most recent start on Sunday… Willy Lebronwas sidelined after leaving a game with an arm injury on November 6th but returned on November 23rd, pitching a third of an inning, where he allowed two runs. He’s been sidelined since… Kelvin Herrera (Leones del Escogido) completed his stint in winter ball after 12 outings, having allowed just one earned run and fanning 15 while walking four in 17 1/3 innings pitched…He was teammates with Everett Teaford, who finished his winter league season with five starts, during which he went 1-1 with a 3.04 ERA, striking out 29 batters and walking only three in 23 2/3 innings. Elisaul Pimentel (Leones del Escogido) has gotten more work of late, with four appearances since Thanksgiving, giving him six on the year all in relief. Pimentel has fanned 11 in ten innings and has a 2.70 ERA…Naturals’ southpaw Andrew Dobies (Toros del Este) has allowed four runs in four appearances thus far…

Mexico: Federico Castaneda (Tomateros de Culiacan) allowed a pair of runs in his most recent outing which came on Tuesday. He has a 6.23 ERA and a 1-2 record over 20 outings…new acquisition Thomas Melgarejo (Aguilas de Mexicali) has been dominating, striking out 12 and allowing just five hits in 10 2/3 innings over 18 appearances.

These teams and respective leagues will play the round-robin Caribbean Series which takes place in February just before early reports for Major League Spring Training.

Transaction log: Several other Texas League teams saw talent plucked in the minor league phase of the Rule 5 Draft– the Travelers lost first baseman Gabe Jacobo (selected by Toronto), reliever Barrett Browning (selected by St. Louis), and two infielders on their roster, Michael Wing and Ricky Alvarez who played with lower level clubs in 2011 but were likely members of their 2012 club. San Antonio had a lefty reliever, Aaron Poreda, snared by the Pirates and Midland lost left-hander Fabian Williamson to the Rangers. Springfield lost both infielder Domnit Bolivar (Milwaukee), catcher Charlie Cutler (Pittsburgh), and pitcher Javier Arenado (Toronto) but picked up Browning from the Angels and right-hander Shooter Hunt out of the Minnesota organization. In the minor league version of the Rule 5 Draft, there is no provision that states that the selecting team must return the player to their original organization or keep him at any pre-determined level of the organization, so many of these players will be in Double-A in 2012.

Check nwanaturals.com twice monthly for the Hot Stove Report, where we’ll continue to follow Royals’ minor leaguers in winter ball as well as cover other off-season baseball information that pertains to the Naturals and the Texas League.

The Northwest Arkansas Naturals are the Double-A Texas League affiliate of the Kansas City Royals and play at state-of-the-art Arvest Ballpark, located in Springdale. Visit our website, nwanaturals.com, for information on season tickets and ticket plans.