The 2011 Baseball Winter Meetings will take place next week in Dallas. Along with all the GM wheeling and dealing, eager young folks looking for a job, and agents trying to get their clients a contract, the Hall of Fame will announce who the Veteran’s Committee elected to the Hall, and the winner of the 2012 Ford C. Frick Award for excellence in broadcasting.

In a year draped with Cardinal Red, two former Cardinals are on the Frick ballot – Tim McCarver and Mike Shannon. 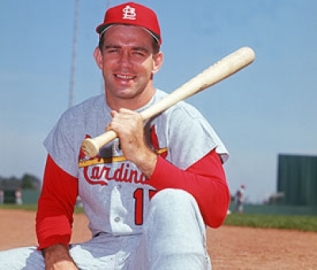 McCarver has been broadcasting games so long it is sometimes easy to forget he played at the Major League level. Tim broke in with the Cardinals in 1959 as a 17-year-old. He became the regular catcher in 1963 and led the league in triples (13) in 1966, the last NL catcher to do so (Carlton Fisk led the AL in 1972). McCarver finished second in the 1967 MVP voting in 1967 to teammate Orlando Cepeda. After that, he was one of the players dealt in the Curt Flood trade on October 7, 1969, that ultimately caused the elimination of the reserve clause in major league baseball. In his later career he was known as the personal caddy for Steve Carlton.

McCarver retired from baseball and the Phillies in 1980 and immediately stepped into the Philadelphia broadcast booth, where he remained through the 1982 season. In 1983 he began a 16 year tenure with the New York Mets. New York, along with Atlanta and Chicago, developed the first ‘superstations’ broadcasting content throughout the country on cable, which brought Mets, Braves, and Cubs baseball into homes nationwide. McCarver first developed his national following through his broadcasting, alongside Ralph Kiner and Steve Zabriskie, on WWOR. McCarver started covering baseball for national affiliates in 1984, and has worked for ABC, CBS, The Baseball Network, and Fox whom he currently broadcasts for. From 2000-2002 he won 3 Emmys for ‘Outstanding Sports Event Analyst’.

Mike Shannon was a teammate of McCarver’s on the El Birdos teams of the 1960s. Shannon, a St Louis native, broke into the majors in 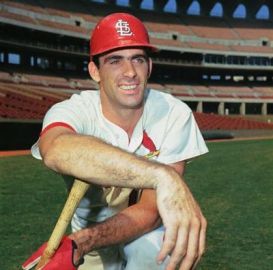 1962 and played his entire career in St Louis. A third baseman, he had some huge hits in the World Series for the 1964 World Champs. He retired after the 1970 season due to nephritis, and joined the Cardinals front office the following season, matriculating to the broadcast booth for the 1972 season. He has been seated there ever since.

Shannon shared the broadcast booth with Jack Buck for 30 years, and has become a local broadcast legend in his own right. From his signature ‘Get Up Baby!’ call anticipating a home run, to numerous ‘Shannonisms’ (which multiple websites list in homage), summer baseball in St Louis just doesn’t sound right without the deep baritone of Mike Shannon.

Both men are deserving of the award, however neither man is likely to win. McCarver’s candidacy is the more robust, but his analysis, while prescient when describing what the catcher is doing, has become dated. He is lampooned frequently, most famously by the now-defunct blog ‘Fire Joe Morgan’. Shannon has never shouldered the national broadcasting workload men like McCarver, Jack Buck, Vin Scully, and others have undertaken, and his years laboring under Buck’s considerable shadow have limited recognition of his work to the local St Louis area.

The 2012 Ford C. Frick winner will be announced on December 7.

Mike Metzger is a contributing writer for I-70 Baseball. He blogs about the San Diego Padres. Follow him on Twitter @metzgermg.

One thought on “McCarver, Shannon Vie for Ford Frick Award”