There are so many great things about a marriage. Someone always has your back against the world, even if you’re wrong. You have someone to snuggle up to when it’s cold. When the baby is driving you up the wall, there’s a person to hand him off to so you can have an hour to yourself. When your relatives are being silly, someone will join you in the obligatory eye roll. My husband does all these things and more.

Part of the fun of having a secret boyfriend is the enigma, and this is ten-fold if he is a Major League Baseball player. What does he look like without the ball cap? What does he like to do when he’s not playing baseball? Does he prefer the grey, royal, or powder uniforms? Which is better: Dubble Bubble or David Seeds?

I’ll end the suspense. My secret boyfriend is Royals starting pitcher Jeff Francis. He’s tall, he’s adorable, he’s one of the very few players older than I am (I’m 29). And he has the added mysteries of being both a left-hander and Canadian.

Another pro of having a secret boyfriend is that you don’t have to see the things you see in a real relationship. There are arguments as to whose turn it is to change the poopy diaper. He won’t hog the covers and leave you freezing in the middle of the night. You’ll never have to threaten violence to get him to mow the lawn or wash the dishes. He’ll never burp, fart, forget to put on his deodorant, or pick his nose in front of you. 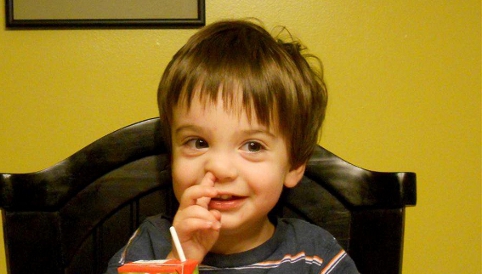 Wrong. At least, on the last one.

A few nights ago, when Jeff was called off the mound after pitching a little over six innings (with 54 strikes in 90 pitches), the camera kept panning to him in the dugout. Ordinally, I would be thrilled. The cameramen like my secret boyfriend! But then…heartbreak struck me.

He removed his cap. I gasped. It’s not that he’s unattractive without his hat. It’s just that…he’s not supposed to be without it! Carson, my stepson, has molded baseball figures and their hats don’t come off. I shouldn’t be able to recognize players without their uniforms. The ones I do know on sight tend to be “celebrities”: Alex Rodriguez, Derek Jeter, Nick Swisher (anyone else sensing a pattern of New York Yankees here?).

As I was yelling to Jeff through the television to put his cap back on, he did something else. Something so heinous, I’m not sure how I’ll be able to tell you.

He picked his nose.

It wasn’t a full-on digging for gold episode. For that, I am thankful. Subtle though it was, it was obvious what he was doing.

Now, I’ve told Carson several times not to be self-conscious because people are generally more interested in themselves than they are in others. But this is not the case with actors, politicians, and professional athletes. The cameras are always on them, even when they’re not. Jeff, please remember that. Don’t make me break up with you.