If part of your Saturday includes sitting down to watch the Royals on television, you better enjoy this Saturday. This Saturday is the last Saturday the Royals will be on Fox Sports Kansas City for the season. Looking at the Royals September television schedule it’s easy to see what they’re doing. The Royals are yielding to football season. It’s even more evident when you look at their Sunday schedule. Tomorrow and Sept 4th are the only weekend games remaining that will be televised. Note, the NFL does not start until Sept 11th, but today is the last Saturday without college football. 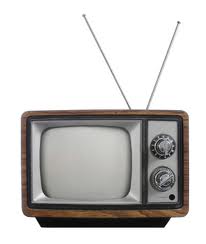 This information isn’t surprising. I consider myself a decent Royals fan, and even I will be hard pressed to watch the Royals over weekend football games. This information isn’t really new. It’s been like this since Fox Sports Kansas City has had the television rights. The schedule released in late February was for 142 games. Have to eliminate 20 games some where. All of this got me thinking. Do other MLB teams yield to football?

I began by looking at our roommates here at I70 Baseball, the St Louis Cardinals. Nope, all games are on Fox Sports Midwest except those picked up by a national broadcaster. The Cardinals have an excellent fan base and had a good possibility of being in a play-off race. Bad Comparison. How about the Cleveland Indians? Not expected to contend, and have struggled like the Royals. Ohio State is perennial contender for the Big 10 Title and BCS Bowls. The Browns have a good following. Nope, all weekend games are on Sports Time Ohio. How about Houston Astros? Not expected to contend, and in a state so rabid about football the Rangers and Astros have to compete with high school football on Friday’s in September. Close, two Saturday games are not televised, but all Sunday games are. When misery loves company you look at the lowest common denominator in terms of fan interest and attendance: the Tampa Bay Rays. Sadly, even the Rays will have more weekend games televised than the Royals in September.

This isn’t a huge deal for the Royals or Royals fans. Like I mentioned above I’d be hard pressed to watch on a college football Saturday, but it would be nice to have a Royals game available to flip to. This is another symptom of how irrelevant the Royals are in the scheme of sports viewing. Just add this to the list of organizational goals during a building process. Get weekend games on TV in September and then take another step

One thought on “The Royals Know It Is Football Season”