Many theories have been advanced as to why the Cardinals seem to swoon late in seasons these days. I can’t help but wonder if the root cause is in how the roster has changed.

At the end of the 2006 season, the Cardinals had been in the playoffs three consecutive years, the NLCS every year, the World Series twice, and were the reigning World Champions. Since, they have not won a playoff game. The 2007 team saw a lot of injuries, and after that season two stalwarts of those mid-decade juggernauts left via trade: Jim Edmonds (to San Diego) and Scott Rolen (to exile, er, Toronto).

Looking back, St Louis had seen this before. In 1987 the Cardinals concluded their most successful run of sustained superior baseball since the El Birdos teams 20 years earlier. In six years, they had won the National League three times, the World Series once, and narrowly missed two other titles. But times were changing in St Louis, and with Gussie Busch taking a back seat to Fred Kuhlmann cost became the primary driver on roster decisions. Jack Clark, a free agent after the 1987 season, was not re-signed; he went to the Yankees. Tommy Herr, in his last year with the club, was traded to Minnesota for Tom Brunansky. 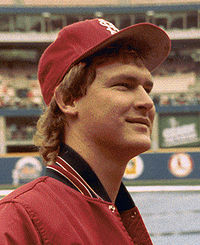 It should be emphasized the drivers for these sets of roster moves were different. Edmonds was traded because his injury history had caught up to him, and he was no longer the productive player he had been in 2005. Rolen’s significant shoulder injuries sapped him of his power; although the primary driver for his relocation north of the border can be traced to his acerbic relationship with manager Tony LaRussa. Clark and Herr left because the club did not want to pay them.

But the impact on the roster of losing these players was immediate and long-lasting. Clark was the lone power threat on the Whiteyball teams of the 1980s; St Louis never really did replace his production. Herr was a clubhouse leader. His departure was hugely unpopular in St Louis, and the team suffered for his loss. Save the 1989 season, the Cardinals didn’t finish within 10 games of first place in their division until they won the NL Central in 1996.

And today’s Cardinals? The 2008-2010 teams have been more competitive than their forebears of 20 years ago, but they have not succeeded either. Third base has been a revolving door since Rolen left. Colby Rasmus appeared the heir apparent to Edmonds in center until this July. Despite having strong personalities on the roster like Albert Pujols, Chris Carpenter, and Adam Wainwright, the Cardinals seem to suffer from a lack of leadership in the clubhouse – a role Scott Rolen certainly filled, and Jim Edmonds definitely did (look no further than his actions during the 2006 playoff run).

Every team, every assemblage of people working towards a common goal, needs leadership. Senior leadership can drive the problem, but only so far. The manager cannot be everywhere all the time. Peer leadership is required; and in important ways, essential. The manager can set the standard, but he is unable to lead by example. When a player is dogging it, the manager can call that guy into his office and talk to him, but it is that player’s peers that drive the message home. Men like Jim Edmonds, Jack Clark, Tommy Herr, and Scott Rolen led by example. They drove the message home.

When they left the St Louis Cardinals lost something special, and something essential. It was true 20 years ago until management and the roster rolled completely over. It is true today. The Cardinals did not replace Tommy Herr’s leadership until LaRussa brought character guys over from his Oakland A’s teams. These Cardinals have not found a replacement to Scott Rolen’s example. Until they do we will continue to see swoons in August.

Thanks to Bob Netherton for his assistance with this post.

Mike Metzger is a life-long Cardinals fan who currently blogs about the San Diego Padres.