Coming off the All-Star break losing three of the first four to the Twins is not what you want to do during the dog days of summer. However, coming home and taking two out of three against the Chicago White Sox is a definite boost in confidence to this young team as well as its fans. Despite the fact that the Royals lost their starting shortstop, Alcides Escobar, Friday night after a collision at second base during the fifth inning the team is energized and ready to give a playoff contending team all they can handle this weekend in Kansas City. 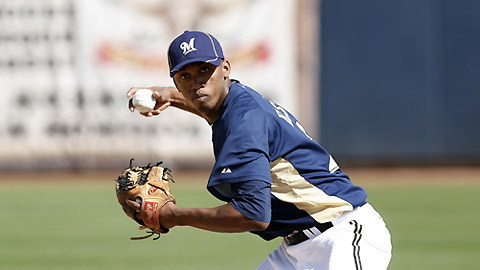 The Royals were somewhat active in the trading game as the deadline approaches by sending Wilson Betemit to Detroit and bringing in two talented minor league prospects. They also decided it was time to recall a retooled and rekindled Mike Aviles to help give days off to any of the infielders on an as needed basis. Aviles played every day in Omaha at shortstop, but is capable of filling any of the four infield positions when needed.

The Royals offense has cranked it up slightly coming out of the break and is currently ranked fifth in the Majors in batting average, second in stolen bases and third in triples and one of the best stats to have is that they rank near the bottom of the list in terms of team strikeouts. Translation, they are putting the ball in play a lot. This is good for a young team because eventually the hits will come. If they continue to play the game Yost wants them playing, the hits will come.

The Royals defense continues to play solid this year and are second in the MLB in turning double plays, first in range factor and are in the middle of the pack in terms of fielding percentage and catching potential base runners (tied for fourth in CS but 17th in stolen bases allowed).

The pitching did very well this week by not allowing any opponent to score more than five runs in a game. This is definitely a good sign if the starters and the bullpen can maintain this kind of consistency during the second half of the season. The one thing I do find slightly disconcerting is that Aaron Crow and Joakim Soria could be used as trade bait as the deadline approaches. However, for what it’s worth, Dayton Moore has been quoted saying that he does not anticipate the Royals being that active as the month of July closes out.

The Royals need to build some momentum from the end of this home stand before they begin a tough road trip that includes stops in Boston and Cleveland. Cleveland has given the Royals a tough time this year with their up and coming team. The Red Sox currently have the best record in the American League, and are ahead of the Yankees by two and a half games heading into this weekend.

The Royals are way back in the race for the central division. However, they can still play with a lot of pride and make these contending teams struggle all the way until the end of the season. Third place in the Central is a reasonable expectation for them if they play like they did this week.