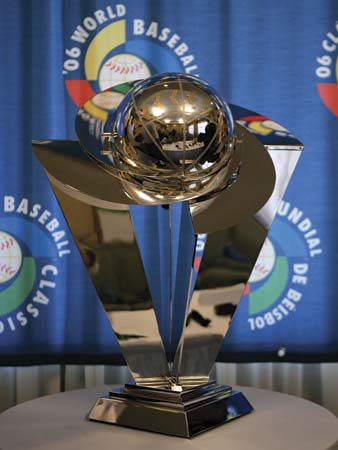 In less than a year, fans will be given another chance to see the greatest players in the world showcase their skills and national pride while competing for the WBC championship. The question the has been ringing in my head for the past two years is, “who is finally going to beat the Japanese players?” The fact of the matter is, Japan has proven themselves twice while truly playing against adversity, and suffice to say, they will be again this following year.

Ichiro isn’t getting any younger, and without him, I’m simply not convinced that they are as nearly a dangerous without him.

Regardless of who comes at the time in the final game of this classic, I’m more interested in the specific tangible as well as intangible aspects of the Japanese game that allows them to play so well as a unified team, even if majority of them struggle while individually coming to the states to play in the MLB.

Here are a few:

The players that will be representing Japan in the WBC start intense training in December. While most players for other countries are with their families, there are Japanese players working on their bunt defense, seeing live pitching, and practicing relays, hitting drills and rundowns. Not to say, for example, that the American players are not taking the classic seriously, but I don’t feel they truly feel the weight of a nation sitting on their shoulders during the off-season like the Japanese players do.

They are fundamentally sound

They are absolute gurus when it comes to the small game. Pitchers can field their positions almost as well as the middle infielders, all nine hitters can and most likely will bunt, steal, hit and run, and handle the bat to get guys over. I hate calling it small ball. It’s simply not depending on the next guy to drive in runs. They take the responsibility to make something happen by sacrificing themselves again and again and again to win.

Other teams may know how to throw hard and hit with power, but watch any team closely for a whole season and you will see how fleeting home-runs and power pitching can be. But consistent fundamentals if developed correctly, will always be there.

They play with honor

If you could see how a Japanese business man goes about his business you can see the traditional influences that they have implemented in their way of life. The Bushido Code as been a mentality that has saturated itself in every labor of love from the arts, economics, science to academics.

Baseball hasn’t been any different.

The fact of the matter is, the Japanese baseball team has made a bid as being the greatest team to ever play as a whole, regardless of what their individual accomplishments have been.

Who do you think will be this years winner

Come tell us who you think will be the next WBC Here!!!!

One thought on “Art of Baseball Productions”