I said a couple of weeks ago that I thought the most important upcoming series on the Cardinals schedule was the 4-game set at Busch against the Giants. Check out that show here. Seeing as how that series is the one currently being played, now is hardly the time to reflect on it. The good is news is that while the Cards & Giants duke it out, the Reds & Brewers have been beating up on each other roughly 350 miles to the east. So, the standings in the National League Central remain largely unchanged over the past couple of days, and I think that even if the Cards end up losing the series to San Fransisco, all is not lost.

I cited San Fransisco’s starting rotation (to say nothing of the bearded one) & the fact that it’s 4 games, not 3, as the main reasons why this would be an important series to watch. With four games, there’s no break from facing exceptional pitching when the Giants come to town. I recall being at a game last year when we faced the (then future) World Champs, and the redbirds chased Lincecum after 5 ⅓ that night.

When your team struggles to score runs off Ryan Vogelsong (1 ER Tuesday night), that makes it hard to win games. Not to take anything away from Vogelsong, he pitched well, but he’s yet to prove himself worthy of the same conversation as two-time (back-to-back) Cy Young award winner Tim Lincecum, Matt Cain, and others like Sanchez and even Bumgarner. Of course, if you don’t score “early & often” it’s easy to find yourself “late & close”, as the Cardinals often have this season. Enter a three-run 8th inning rally (that included a slide into first base by Skip Schumaker), and you get an exciting comeback for a Cardinals victory.

I figure as long as the Cardinals don’t hit a long losing streak, and can keep their pace until they’re back to full health…or at least get Holliday’s bat back into the lineup, and McClellan back on the mound, they’ll be in good shape. Try to imagine the Reds in first place, losing Jay Bruce to the 15-day DL, and staying in first place during his entire stint on the DL…and what that would do to your confidence as a team in the NLC vying for that top spot in the division. Knowing they were able to defend their position without the aid of such a slugging threat in the lineup everyday would give me pause…especially once he came back. So, imagine how some might be feeling if the redbirds were able to do that during Holliday’s absence. 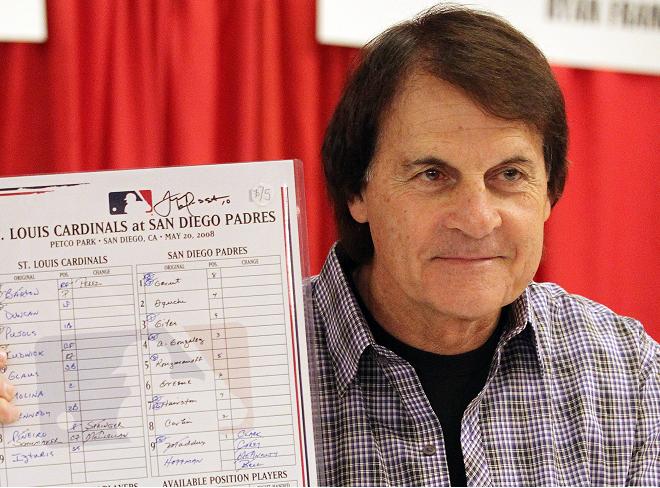 A closer look at the next couple of weeks for the three teams at the top of the division looks to me like opportunity served at the Cardinals’ feet, on a silver platter, with a cherry on top. I’m not saying the Cards will sweep the next 5 series’, but I am saying that each of the next 5 are definitely “sweepable”.

The upcoming schedule for the Cards, Brewers & Reds stacks up like this:

STL:
vs. CHC for 3; @ HOU for 3; @ MIL for 3; @ WAS for 3; vs. KC for 3 – very winnable series’ there, in which the Cards need to capitalize while Holliday & McClellan are out. As long as the Cardinals play their kind of baseball, and not the “playing down to the level” of bad teams, as was a huge problem last year (I still have nightmares of the 2-8 road trip to PIT, WAS, & HOU late in the season), this could be the couple of weeks that allow the team to really put some distance between themselves and the rest of the NLC. No reason the Cards can’t end this particular stretch with a dozen wins, anything short of ten and they’ve left wins on the table.

MIL:
@ FLA for 4; vs. NYM for 3; vs. STL for 3; @ CHC for 4; @ BOS for 3; vs. TB for 3 – The Brew crew is slated to face Nolasco, Volstad, Sanchez, & TBD…VERY tough pitching! Notice the 4 games in Chicago–they dodge a bullet here, as they play 3 night games, then a day game on getaway day. Usually a trip to CHC is good for jacking up your schedule, as they play so many day games, so they got lucky there. That’s good, because following that series, they head straight to Boston, which is sure to be a hard series!

CIN:
vs. LAD for 3; vs. CHC for 3; @ SF for 4; @ LAD for 3; then 3 vs. TOR & 3 vs. NYY – those are some tough games coming up for them. The 4 in San Fransisco will show the Reds very good pitching (as earlier stated, the Cards are currently seeing), and with Jose “The-Beast-Ah” bringing his Bluejays to the Great American Small Park for three before the Bronx Bombers come to Cincinnati, the Reds will have their work cut out for them.

All in all, I think the next two weeks will be a window in the season that we may all very well look back on as critical, once the calendar turns to August or September. The schedule is very favorable for the situation the redbirds are in right now, especially given MIL & CIN’s position in the standings. I realize June is a little early for “make or break” and “must win” talk, but the Cardinals really need to make the most of this opportunity. Every game won over the next couple of weeks is one that doesn’t become a “must win” come September!

2 thoughts on “The Cardinals’ Window Of Opportunity”