How much are the New York Yankees actually worth? According to last years numbers they are worth around $1.6 billion. The Cardinals, who claim 6th place in the league with $488 million, are still light years away from the men in pinstripes. In St. Louis, being the 8th most valuable team in baseball makes sense. It’s really no surprise, but still sustaining that much value doesn’t compare to the overall control the Yankees have. To compare the Royals is a joke really. $341 million, which ranks 24th among the 30 Major League teams. The Yankees, obviously the most valuable team in baseball, brought in the most annual revenue last year at $441 million.

So at the growing trend, the Yankees can single handedly purchase any one team out of the 17 Major League Teams whose net worth is under $441 million.

Then in the end, wouldn’t it be a true statement to say that the Yankees have FULL control of over 56% of the league? According to the numbers (which are found here), this MUST be true.

As a commissioner, I think that Bud Selig would eventually catch the drift that statistics such as these are a little preposterous. If you know anything at all about how the revenues in the MLB and NFL work comparatively, you know that there really isn’t much to compare at all. Mainly due to the fact the MLB is vacant of a salary cap.

Sure these stories always come from a bitter and maddened baseball fan from a small market that of whom eats the crumbs and slippery fruits that fall from the Yankees dinner table. – Only to survive. Yeah, I’m frustrated. So much so that it doesn’t really bother me anymore. Losing isn’t shocking in a small market baseball city, it’s for the most part expected.

Once every year there are two or three teams that fall on the better side of the equation, the richer side of luck that lends them a winning season.

Still no lucky strike in KC.

Just one playoff berth, that’s all we ask. That’s it. We won’t expect more the next year, we won’t think we are better than everyone else……… we will be grateful. You won’t find us bragging. We are just tired of being pushed around. We are tired of being the most patient subject in the doctor’s waiting room. No more waiting. We are the best at waiting.

Waiting, in Kansas City, is our specialty. Our best act.

Revenue is derived from three major sources in Major League Baseball. -Television, licensed goods, and ticket sales. Its obvious to see the major reasons why teams like the Yankees will always have the advantage over the Royals. That’s not my complaint. If you have a larger audience, you make more money.

It isn’t about who has the most money as the owner. David Glass could buy Starbucks, throw it away, then buy Subway and be just fine. Money at a personal ownership level isn’t the issue for revenue absorption in the MLB.

It’s easy to digest here. If there is no salary cap (which there isn’t) then it all falls into one pot. Teams like the Yankees eventually disperse some of their revenue to the rest of the jokers in the league, but we are still far from equality.

If (team A) lives in a big time city and (team B) lives in a smaller city then (team A) will have more room to buy better players and have an overall larger budget.

The top 10 MLB teams by payroll

Now just because you don’t have the funds to buy and pay players like Yankees, that doesn’t mean you can’t win. The Rangers, whose payroll was $55,250,545 (the forth lowest in the league) won the AL Pennant and made it the their first World Series.

This is where a headstrong front office comes into play. When you can’t afford to win, the only other way to survive is to have the best minds in baseball to do what they can to resuscitate the organization. In the case of the Rangers, they had great personnel that made the best of what they had.

The Cardinals sit comfortably and most likely always will. The dedicated fan base will always be there, and there will always be some type of ownership that will keep the team in good hands. The Busch sponsorship doesn’t hurt either. The Royals situation is a tad bit shaky. The minor league system for the Royals is considered the best in baseball. Although we don’t have money to buy at best of the best, I hope this is an indicator that the Royals have the proper wisdom behind the meeting tables to save this franchise that is so deathly ill. 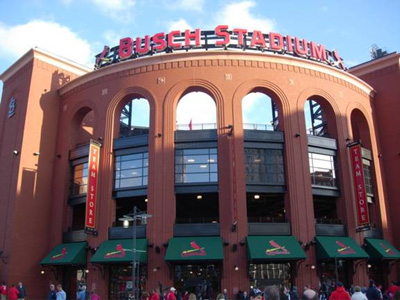