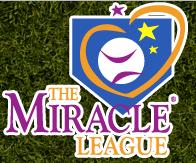 SPRINGDALE, AR – This Saturday players from the Northwest Arkansas Naturals will spend time with children playing baseball at the Miracle League Field in Springdale. Naturals’ players will appear and serve as “buddies” for the children from 9 AM until 11 AM for two Miracle League games.

The Miracle League Baseball program is a specially designed program for children with disabilities which allows children four years of age and up to play America’s most beloved pastime. The field includes special features such as a synthetic turf to prevent injuries, wheelchairs-accessible dugouts and a completely flat surface to eliminate barriers to walkers, wheelchair bound and/or visually impaired players. Any child with a diagnosis may play, and the mission of the Miracle League is to include every child in games no matter his or her special needs.

Special rules include that every player bats once an inning, all base runners are safe. Every child scores a run before the inning is over (last one up gets a home run), youth and adult volunteers serve as “buddies” to assist the players, and each team and each player wins every game.

The Miracle League of Arkansas has been active in the Natural state for several years with events in both Central Arkansas and Northwest Arkansas. Several Major Leaguers with Arkansas ties have supported their events, including Philadelphia Phillies’ pitcher Cliff Lee, San Diego Padres’ pitcher Dustin Moseley, New York Yankees’ pitcher A.J. Burnett, and others. 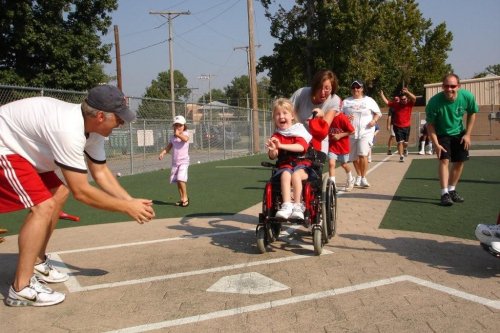 Find out more about the Miracle League and what you can do to help by visiting www.MiracleLeagueAr.com.

The Northwest Arkansas Naturals are the Double-A Texas League affiliate of the Kansas City Royals and play at state-of-the-art Arvest Ballpark, located in Springdale. Visit our website, nwanaturals.com, for information on season tickets and ticket plans.