That is the official explanation from the Cardinals’ manager, pitching coach, and relief pitcher as it pertains to the struggles of Ryan Franklin. More specifically, they are citing “bad luck”. 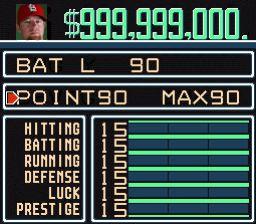 Now, I remember playing some video games as a kid that would have a statistical category for luck, but I do not recall being able to find this on the back of a baseball card, on baseball-reference, or through any number of Sabermetric type research sites. I find myself confused as to why three professional baseball men, one who is highly regarded for his work with pitchers, cannot pinpoint anything other than luck when it comes to the struggles of a pitcher that is attempting to close down games and provide the team with some reassurance late in the game.

Perhaps, just maybe, the problem is not luck. Those who follow my many exploits on the web, writing or making radio appearances, know that I am far from impressed with Ryan Franklin as a whole. I have always struggled with the concept of a closer being a pitcher that is not dominant, pitches to contact, and is not a ground ball pitcher. It seems to me, on a basic level, that this combination threatens the ability to close ball games.

All of that aside, there is a lot of posturing going on today in defense of the closer. Some discussions about the lack of defense behind the pitcher having a major impact on his ability to close games. Thoughts like this have been coming up on Twitter:

If Rasmus doesn't drop Uribe's "2R Double" which should be an error. Franklin would have a 7.2 ERA vs 11.6 ERA; 1 less blown save. #stlcards

First of all, some perspective here. One less blown save and an earned run average just above seven would not have me screaming support for a pitcher. In addition, before we hang our center fielder out to dry, keep in mind this was far from a routine play. The ball was hit some 370 feet to the warning track in left-center field. This is not to say that the ball was not catchable, but to make it sound like Colby Rasmus dropped a routine fly ball and the reliever should be excused for that is a bit extreme.

In addition, it would be nice to see the Cardinals employ a closer that would see balls hit that distance in a less than routine fashion. A closer that is relying on defense, a commodity the Cardinals felt was expendable during the off-season, is a recipe for disaster. A closer that relies on pitching to contact that results in a more fly balls than ground balls is asking to surrender home runs.

Franklin said after surrendering the walk off home run to Matt Kemp on Sunday that the pitch was exactly where he wanted it and it was not a mistake. The closing pitcher for the team just admitted that he threw the best pitch he had and it was hit over 400 feet. That is not bad luck, that is out played, out performed, and dominated.

John Mozeliak was quoted as saying “Right now we need to do whatever gives us the best chance to win.” It is a shame that it took the recent results for the team to realize that a change at the back end of the bullpen needed fixed. It is equally shameful to hear an executive say now is the time to worry about a win. Should that not be the the team’s objective constantly, not just right now?

Ryan Franklin is a solid person, a great teammate, and well respected as a player in St. Louis. I do not intend to take away from that. However, in the interest of winning, this team needs to make a change. Not a temporary one.

All due respect to Dave Duncan, Tony LaRussa, and Ryan Franklin, this is not “luck”. It is ability. Sadly, Ryan Franklin is lacking in that category.