The unexpectedly electrifying start the Royals got off to last weekend removed the focus temporarily from where it had been primarily trained for the last several months – the minor league system.

With gutty comebacks and dramatic walk offs, the big league Royals gave fans something to take their minds off the future. But for the last couple of seasons, the top pastime of Royals fans has been to follow the exploits of the clubs in Omaha, Northwest Arkansas and the teams of the far-flung lower levels.

It would be a good thing if the Royals could do well enough this season that the minor leaguers could just develop at their own pace, rather than have us dissecting their every move. And that seemed the case on Saturday when the team’s top minor league teams played an exhibition game at the K.

Before last Friday, I anticipated Saturday’s Royals game to be merely the appetizer before the real meal. I actually expected some fans to show up late, to skip the big league game in favor of the exhibition. But when Saturday came, there was enough of a buzz about the Royals that the exhibition seemed the afterthought.

Don’t get me wrong. The minors have not been forgotten.

I was shocked by the knowledge of the fans that remained in the crowd at 3:30 on Saturday. People sitting around me chatted about each player that stepped to the plate or that took the mound, as if they had followed his career for years.

“How far was that bomb by Hosmer down in Surpise?”

“I was surprised Osuna didn’t get promoted, weren’t you?”

“No, we didn’t draft Will Smith. He was part of the Callaspo trade.”

But it just goes to show how starved Royals fans have been for something to put their hope in. And just how much attention this crop of minor leaguers has garnered.

The exhibition did more than just show off the talents of the youngsters. It also revealed some of the decisions the franchise has made about the development of the players. Here’s a look at the makeup of the Omaha and Northwest Arkansas rosters and the placement of key prospects:

Eric Hosmer – I had wondered if he might start the season at AA, but by spring that had been decided. One could argue he’s the best first baseman in the organization, so starting him at Northwest Arkansas for more seasoning wasn’t necessary. He didn’t do anything offensively in the exhibition, but his defense was spectacular.

Mike Moustakas – He’s starting at AAA, but might make the jump sooner than later. He looked good at the plate and in the field last Saturday.

Clint Robinson – Here’s the odd man out. Billy Butler seems entrenched, and with a big contract he won’t be easy to trade. The Royals aren’t about to do anything to short-circuit Hosmer’s progress. So that leaves Kila Ka’aihue with one year to prove he belongs in the big leagues, so he might fetch something in a trade. Robinson, on the other hand, would seem to have no window of opportunity. The best he can hope for is a trade to another organization. For his sake, he hope he gets a chance somewhere.

Lorenzo Cain – He was sent to AAA so that he could play everyday. It was sort of disappointing that Cain, one off the primaries in the Greinke trade, didn’t make the big club. He will need to distinguish himself soon, or the Royals may stand pat with Melky Cabrera in center. Cain is not young – he’s just days shy of 25. Centerfield is crowded and Cain needs to show he’s the team’s best longterm option.

Gregor Blanco – Nearly made the big league club. Then he cleared waivers, so he’ll start at AAA. He actually looked pretty good in the exhibition, even hitting an inside-the-park homer. The Royals will have trouble sorting out the situation with Blanco, Cain and Jerrod Dyson. They all look pretty similar – and pretty average – at this point in time.

Mike Montgomery – The pitchers dominated the exhibition, and Montgomery was head-and-shoulders above the rest. He didn’t surrender a hit over four innings and made some pretty good prospects look hapless. He could also make the jump if KC needs starting pitching (which it most certainly will).

Danny Duffy – Wasn’t as impressive as Montgomery, but about as effective. He could also conceivable be in KC before the season ends. The elevation of Aaron Crow to the Royals’ bullpen may have been precipitated by the emergence of other starters in the system. Crow had better get it done now, or he’ll be bypassed by these other youngsters. 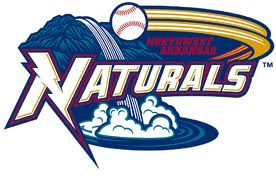 Christian Colon – Though many suspect a move second base is inevitable, Colon started the exhibition at shortstop and was not impressive. He went 0-5, struck out twice, and committed a throwing error. He will likely spend the entire year at AA, and he has a lot to prove.

Will Myers – Started in right field but didn’t do anything to distinguish himself. If he hits like everyone seems to think he will, he could potentially move up to AAA during the season.

Derrick Robinson – Robinson has hit his ceiling. Centerfield is too crowded with speedy, but otherwise marginal, talents, and Robinson is the least of these. He may eventually play his way up to AAA, but he’s already 23.

John Lamb – Locked horns with Montgomery and wasn’t outmatched. The AAA hitters only mustered one run off him. He’s young. He won’t turn 21 until July, but he will probably get promoted at some point this season.

Chris Dwyer – His promotion to AAA probably depends on the movement that goes on above him. Otherwise he’ll try to improve on the 2-1 record and 3.06 ERA that he posted for the Naturals at the end of last season.

Others to watch: Will Smith, Jeff Bianchi

3 thoughts on “Royals Hot Start Should Not Overshadow Future”