Kansas City’s Municipal Stadium hosted professional baseball from 1923-1972 on the corner of 22nd & Brooklyn. It is most widely associated with the Kansas City Blues, Monarchs and Athletics, but was also home to the Royals for their first four seasons. The Royals opened their time at the park on April 8th and 9th, 1969 against the Twins. It was an auspicious start – a pair of 4-3, extra inning, walk-off wins for the home team. On the 8th, Joe Keough knocked in the winning run in the 13th inning, and on the 9th, Lou Piniella was the hero in the 17th inning. Just two games old and the franchise had played 30 innings. The Royals went on to play a total of 318 games at Municipal over those four years, and won exactly half of them. 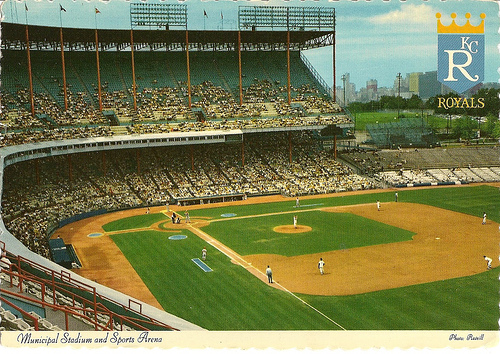 Their was a surprisingly stable group of core players that were with the expansion team all four years in Municipal, including Lou Piniella, Ed Kirkpatrick, Paul Schaal, Bob Oliver, Joe Keough, Tom Burgmeier, Dick Drago, Jim Rooker and Mike Hedlund. Piniella played the most games at Municipal as a Royal (280). Amos Otis joined the team in 1970. Paul Splittorff pitched there between ’70-’72. (This was pre-DH, so he hit there too.) Fred Patek plied his trade as a Royal for the final two years in Municipal. Big John Mayberry began his reign as a Royal in ’72.

Public bonds had been issued in 1967 to build what would become the Truman Sports Complex, and according to Curt Nelson, Royals Stadium was initially slated to open for the 1972 season, but was delayed a year by a construction strike. The team did not seem to mind playing in Municipal that year–they posted a 44-33 record at home. The Royals played their final Municipal game on October 4, 1972, and went out in style with a 4-0 shutout by Roger Nelson, who allowed just two hits to the Rangers. The stadium sat empty for four years before it was demolished in 1976.

The following leader-boards include only stats racked up by Royals players at home games in Municipal Stadium: 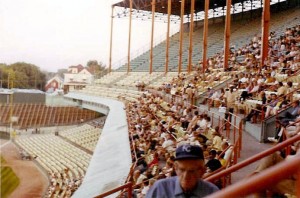 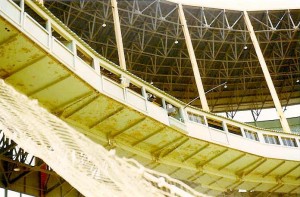 One thought on “Royals In Municipal Stadium”