For many Cardinals fans, the thought of Albert Pujols wearing a Cub uniform is only okay as part of a bad Halloween gag. Could this nightmare actually come to pass?

Friday 18 Feb 2011 looms not as a happy day bringing the start of 2011 Spring Training activities, but as Armageddon. It is the deadline proposed by Albert Pujols for his reps and the Cardinal front office to conclude a new contract. If a deal is not done by that date, he has committed to not negotiating again until after the season. Free Agency for this generation’s greatest hitter looms ever larger on the horizon.

Many teams have been thrown about as potential suitors for Pujols should he reach the free agent market. The most prominent examples are the Yankees, Red Sox, and Angels. The Cubs are also mentioned, which beings varying levels of derision and apprehension to the Cardinal faithful.

Well, how about it – do the Cubs have the cash to make a run at Pujols?

I would expect the Cubs to buy out Silva; to make a run at Pujols, they’ll probably buy out Ramirez as well. Who would YOU rather pay $14M – 34 year old Ramirez or 32 year old Pujols?

There is still the majority of the roster to fill out. Starlin Castro (SS), Tyler Colvin (CF), Jeff Baker (2B), Blake DeWitt (3B), and either Koyie Hall or Geovany Soto (C) will hold down the rest of the everyday positions (for the sake of this discussion I’ve put DeWitt at third in place of Ramirez), and each of them is either not arbitration eligible (therefore making just above the ML minimum), or still in their arbitration years, so affordable for minimal cost.

Ten years, $300M has been bandied about informally as what Pujols is seeking. Truthfully we have no idea what his contract 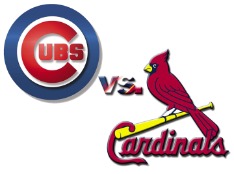 demands are, as both his negotiating team and the Cardinals agreed to a media blackout about the discussions and have stuck to it. But assuming he is really looking for $30M per, and the Cubs decide to pay him just that, it would push the Cub payroll to $126.6M with 10 more players needed to fill out the team. Note the Cubs spent $144M-plus on the 2010 team. If our final supposition is they will leave the roster at 2010 levels (like the federal government is currently doing with defense spending) at $126.6M they are still $18M short of that. And considering they could sign a couple of modest free-agents to fill out the bench or bullpen, and use their farm system to supply the rest, that’s an easily achievable for Chicago.

Not only have we shown the Cubs could sign Pujols, but do so and save money when compared to their 2010 payroll. Signing Carlos Pena to a one-year deal gave them the roster flexibility to try, and they clearly have the cash.

Could the Cubs make a run at Pujols? You bet they could.

2 thoughts on “Could The Cubs Make A Run At Pujols?”