Dayton Moore has done it – he has finally made a truly wise free-agent signing.

By signing Jeff Francis to a one-year, $2 million contract (that could pay another $2 million in incentives), Moore has given the Royals a better chance to win this year, which I think most Royals fans acknowledge is not a priority. But even moreso, Moore has brought in a temporary ace and a staff leader who can mentor a young pitching staff. 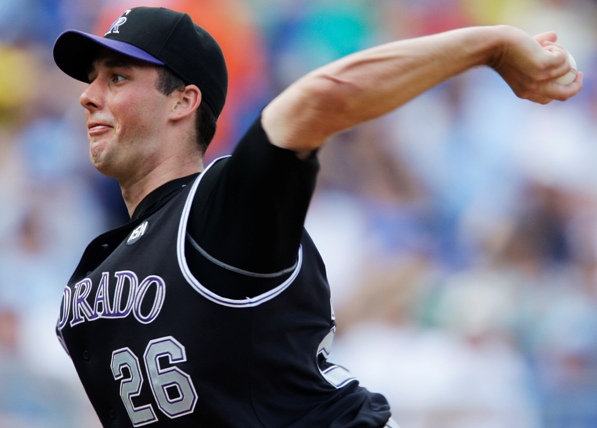 As a former highly-rated prospect himself – and one who has actually found a modicum of success on the Major League level – Francis should have a thing or two to teach these kids.

My only disappointment is that Moore didn’t sign him to a longer-term deal. But I can definitely understand Moore’s hesitation here; Francis has proven injury-prone, and his statistics are not all that inspiring.

But for a small price, what we have in Jeff Francis is someone who could be a part of this rotation for four, five, six years or longer – he could be the veteran anchor to what is bound to be a young team.

And, about those stats – they are a bit skewed by pitching his entire big league career in Denver. Despite that, Francis still has a winning record for his career as well as postseason experience.

What does this all mean for Dayton Moore? Well, it’s by far the smartest move he’s made as Royals GM. Yes, Moore has signed some impressive draft picks, including Mike Moustakas, Aaron Crow and Eric Hosmer, and he should receive credit for that. But really, wouldn’t most GMs have signed those same players in those exact spots?

Moore has been ridiculously bad at signing free agents. The bottom-of-the-barrel, all-time worst free agent signing of his career was, of course, the Jose Guillen signing. The acquisition of Jeff Francis is, I don’t know, a billion times smarter.

To say that the Francis signing is the smartest move of his career is a little sad, too, because in the realm of the baseball universe, the signing isn’t that big of a deal (other than the fact that, reportedly, Francis turned down offers from the Yankees and the Rockies to come to Kansas City). This is more of a statement about how bad Moore has been than how good the signing is.

If this is the best move of Moore’s GM career, what’s the second-best? I would argue it was the Scott Podsednik signing, although many others have criticized that particular move. What we got out of Podsednik in tangible assets was a half-season of above-average offensive performance and a moderate haul of mid- to low-level prospects in trading him. But the biggest value of that move was that it changed the culture of Kansas City’s offense: prior to 2010, the offense was built around Guillen’s power, but the home runs never followed. During 2010, we saw a bit of a shift toward a speed-focused offensive attack, including but not limited to Podsednik. I think that was significant.

And the Francis signing will mean even bigger changes for the better.

Matt Kelsey is a Royals writer and the associate editor of I-70 Baseball. He can be reached at mattkelsey14@yahoo.com.

2 thoughts on “The Smartest Move Of The Dayton Moore Era”