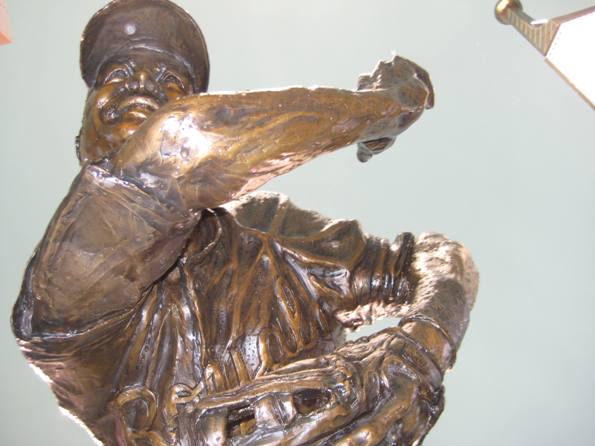 Last week Bert Blyleven and Roberto Alomar were elected to the Baseball Hall of Fame. The event goes by without much interest from the Royal fan – not since George Brett was enshrined in 1999 has a Royal received serious consideration for the Hall.

Going nearly unnoticed, two players with a tie to the Royals received votes in the 2011 balloting for the Hall of Fame. Juan Gonzalez garnered 30 votes for 5.2% of the total vote on his first time on the ballot. Benito Santiago got one vote. Gonzalez’s name will remain on the ballot for next year because he topped 5%, but Santiago can say “adios” to his chances.

Gonzalez’ vote total may seem paltry, but it’s actually the first time a former Royals’ name has remained on the ballot for consecutive years in a long time. Sadly it’s been more than a decade since a Royal has even received a significant number of votes.

With the Hall of Fame voting on the minds of baseball fans, I thought it warranted a closer look. I’ll leave the whole “Does Bert Blyleven deserve to be in?” and the “Mark McGwire and Pete Rose should get in” arguments to someone else.

Instead I’ll focus on the Royals, as irrelevant as they may be to the Hall. In this article, I’ll take a look at how Royals have fared in past votes. In a future article, I’ll play a little “What about so-and-so?” game and analyze who we think should have been given more consideration.

If you think Brett is the only Royal in Cooperstown, you’re wrong. Technically.

The first man who wore the Royal blue to enter the Hall was Harmon Killebrew, who suited up for KC in his final season – 1975. In 1984 he earned 83% of the vote in his 3rd time on the ballot. (75% is required for enshrinement.)

Second came Gaylord Perry, the quirky, ageless wonder who pitched in KC in 1983 and was voted into the Hall of Fame in 1991. In his 3rd time to be on the ballot, Perry earned 77% of the vote that year.

The third Royal to be enshrined in Cooperstown was Orlando Cepeda, who made the last stop of his career in Kansas City in 1974. Cepeda’s name dropped off the regular ballot in 1994 when he fell just 1.5% shy of regular election. But he was voted into the Hall by the Veterans Committee in 1999, the same year Brett was voted in via the regular process.

Brett, of course, is the only player whose bust and all other regalia represents his career with the Royals. Brett cruised into the Hall with 98.2% of the votes in his first year of eligibility – just 9 voters left him off their ballots.

A large number of players’ names show up on the ballot each year, and most of them garner at least a few votes. As stated before, those who do not get at least 5% are left off all future ballots. As much as we Royals fans love Frank White, Willie Wilson and others, the boys in blue have barely caused a ripple of interest by Hall of Fame Voters.

The man who’s come closest to becoming the fifth Royal in the Hall has been all but forgotten, not just in KC but anywhere. Vada Pinson, an outfielder who spent his best years in Cincinnati, wound up his career in KC in 1974 and 1975. Support for Pinson topped out in 1988 when he secured 15.7% of the votes cast.

The next best finish by a former Royal was in 1993 when Vida Blue garnered 8.7% of the votes cast. Blue was a key member of the pitching staffs of the 1982 and 1983 Royals teams.

Sadly, and somewhat amazingly, no other Royal has ever received the requisite 5% to remain on the ballot past their first year of eligibility.

The reason? Could it be media bias? There have certainly been some very good players who made their mark wearing in Royals uniform. Are the players whose best seasons were spent in Kansas City not getting the votes of the East and West Coast writers?

Well, before we dive into a conspiracy theory, consider Lou Piniella, one of the Royals players I assumed would have received the most support by Hall of Fame voters. He was popular and spent a lot of his career as a New York Yankee. But Piniella got just two votes in his one year on the ballot.

How about Bret Saberhagen, who won lots of national awards, shone in the World Series spotlight and pitched for both the Mets and Red Sox? A mere seven votes in 2007.

It would appear, much as I hate to say it, that our great players just weren’t great enough. Not Hall of Fame great, anyway. The highest finishes by those players who really made their name while wearing the Royals uniform are as follows:

So don’t pay too much attention. A trip to Cooperstown is expensive and the crowds are a pain… Just take a drive up to Kauffman Stadium and bask in the warm glow of the Royals Hall of Fame, where our beloved boys in blue are forever remembered for the joy they brought us.