A night after I-70 Baseball Radio openly admitted that the lack of hot stove activity has both been frustrating and hard to overcome, the Cardinals became active in the market. One week prior to the highly anticipated Winter Meetings, General Manager John Mozeliak added a middle infielder and a left handed reliever to his roster, one via trade and the other via free agency.

In what seemed to be moments after the Dodgers had officially acquired former Giant, and Cardinal target, Juan Uribe via free agency, the Dodgers sent Ryan Theriot to the Cardinals in exchange for Blake Hawksworth. The Cardinals used the depth of right handed relief available in the organization to add some much needed insurance to the middle infield.

But did they get the job done?

Theriot, historically, is a lead off hitting shortstop who can also play some second base. He is a solid base stealing threat, an above average defender, and a solid on base threat. That is, historically speaking. Last season, Theriot patrolled second base primarily, saw his on base percentage drop, and was not as potent at the plate. 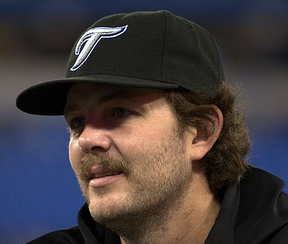 Can Theriot recover and be the lead-off hitter the Cardinals need to set the table? Does this trade mean that Brendan Ryan will be dealt at the Winter Meetings next week? John Mozeliak has already been quoted on twitter saying that Theriot is the team’s starting shortstop. Tony LaRussa, however, has stated that he believes there will be a competition in Spring for that position.

In another move, the Cardinals signed left-handed reliever Brian Tallet after his release from the Toronto Blue Jays. Tallet will assume the role left vacant by Dennys Reyes and join Trevor Miller in the bullpen this season. He held left handed hitters to a .176 batting average and four home runs last year, but struggled against right handers. He seems to be the type of player LaRussa works well with and will be a plus in the bullpen.

The Cardinals may have improved and may have just moved laterally. A lot will be told in Spring Training this year. Until then, the jury is out and I remain hopeful that there is something bigger on the horizon for the Cardinals.