A lot of wonderful things have been written about Dan Quisenberry, including this recent post from our own John Lofflin. Rather than attempt another profile that would pale in comparison, I’ve composed a sort of cut-and-paste homage with some of the best quotes and numbers regarding the Quiz.

Quisenberry “attracted very little interest from pro scouts after high school, and his time at Orange Coast didn’t draw much more interest…Though he had been a starting pitcher in college, he didn’t have the ‘stuff’ to be a dominant starter in the big leagues.” –Paul Lanning

Signed: by the Kansas City Royals as an amateur free agent in 1975

“I knew I had limited talent. I was just happy I could play minor league baseball for two or three years and figure out what I wanted to do in life.”—Dan Quisenberry (as quoted by Heather Henderson)

Quisenberry did not develop his signature submarine delivery until 1980 spring training at the recommendation of Royals manager Jim Frey. “I found a delivery in my flaw,” Quiz said.

“He could throw strikes at will, with a good sinking fastball, and get a lot of ground balls.”—John Wathan

“No relief pitcher had as dominant a run as Dan Quisenberry did from 1980 to 1985. And we mean no one.”—Pat Abdalla

Delightful articles penned for Sports Illustrated reviewing MLB bullpens: one
Review of Royals Stadium bullpen: “Good view. Good amenities (for one, you have access to a water hose, which is a big plus, especially on hot days when you can hose down the fans). And good entertainment: Royals Stadium has these interesting beetles that we call Mingoris—after a Royals relief pitcher, Steve Mingori, a nice man who was not, shall we say, a very attractive man.”

“There has never been a pitcher who made fewer mistakes than Dan Quisenberry.”—Bill James

“He called his fastball Peggy Lee after her song ‘Is That All There Is?’ But he also once told the writer Roger Angell: ‘I’ve always felt that when I throw it something wonderful is going to happen.’”—Joe Posnanski

“I want to thank all the pitchers who couldn’t go nine innings, and manager Dick Howser for not letting them.”—Dan Quisenberry

“Switch Hitter” (excerpt)
learned so much
discovered nothing

i yearn for the attention, the dance of the big game
it was p.r. events that were meaningless, roars with no passion

Hall of Fame Case: Fair to strong. It’s hard to judge relievers. But one thing is clear (as Joe Posnanski is fond of pointing out): if Bruce Sutter is a Hall of Famer, then so is Quiz.

Stats and info sourced from Baseball-Reference.com 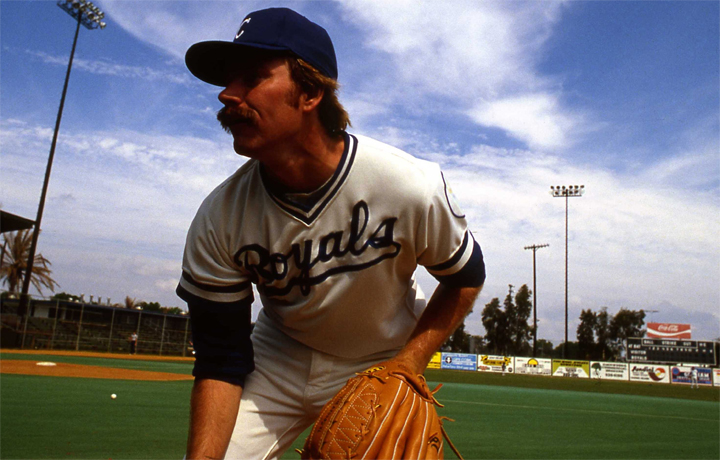