Since about halfway through the 2010 season the main focus of Royals fans shifted away from Kansas City and down to the farm. It is time to recognize a youngster who has already proven his abilities on the MLB level, Billy Butler. For the second consecutive season Butler, 24, took home the Royals’ Les Milgram Position Player of the Year Award. Butler joins Hall of Famer George Brett as the only person to win the Les Milgram Award in back-to-back seasons.

Butler has been a standard of consistency since breaking into the MLB, on a team which has been anything but. In 2010, Butler led all Royals in every offense category except home runs. He had a career high 189 hits, causing a career high batting average, .318, which has steadily risen since his 2007 rookie campaign.

The greatest sign of Butler’s consistency is his well documented streak of hitting safely in 103 straight series. Butler was the Royals’ most productive player on the roster, compiling a WAR of 4.5. His 2010 WAR is the highest for a Royals’ position player since Carlos Beltran’s 7.4 WAR in 2003. Despite having fairly similar stat lines in all four of his seasons, his WAR has continued to increase significantly.

“The toughest thing in baseball is the consistent aspect,” Butler said in an interview with Dick Kaegel of MLB.com. “You struggle out there to put the barrel of the bat on the ball every day and, with what the pitcher is trying to do, you try to stay ahead of him and make adjustments. You can’t control where the ball goes, but if you put the barrel on it, it’s going to find some holes.”

Many would consider 2009 his best offensive season. Considering he hit six more doubles, six more home runs, and 15 more RBIs, it’s hard to understand how Butler was worth more wins this season. One of the biggest factors is his continuing progress as a first baseman.

According to Baseball Reference, using the rTot stat (total fielding runs above or below average based on the amount of plays made) Butler improved his defense at first base from -13 in 2009 to 2 last season. The 15 RBIs he lost on the offensive side, he made up by playing essential 15 runs better at first base.

The rise in WAR is in direct correlation with Butler’s defensive prowess. Check out his single season rTot/yr, which is the same statistic projecting a player’s defensive opportunities over a 1,200 inning span.

“I’ve got nothing against Kila Ka’aihue, I’ve played with him for a lot of years and I’ve gotten along with him. He’s proved a lot in the Minor Leagues and he deserves a shot,” Butler said. “But I feel I’ve only improved my chances and gotten better every single day at first base and will continue to get better. This was only my second full season at first base; I didn’t do it that much in the Minors because I played third and the outfield. I’m only 24 and I’ve got better years ahead of me, even defensively. I want to play first base every day, that’s the bottom line.”

Despite the improvements in nearly every facet of Butler’s game the two biggest knocks on him are the amount of double plays he hits into and his lack of power.

In 2010, Butler rolled into the pitcher’s best friend 32 times. Statistically, Butler cost the Royals almost six runs over the season solely because of his double plays, more than any other player in the league.

Butler’s high contact rate, along with a line-drive/ground ball swing, and his agonizingly slow feet make him the perfect candidate. Matt Klaassen, of Fangraphs, discusses Butler’s double play problems here, and suggests if the problem continues the best spot for Butler may be in the leadoff spot.

Many other fans were disappointed to see Butler only go deep 15 times last year. Considering his position and frame many feel his high contact rate isn’t enough, to become a superstar he must find some power.

Consider this; the only Royals since 2004 to eclipse Butler’s 21 dingers (2009), at the age of 23, were Miguel Olivo (23) and Mike Sweeney (22). Butler’s also knocked 96 doubles over the last two seasons, more than any other Royal in history during a two year span. Butler is continuing to learn how to drive the ball to all fields, take a quick look at his spray chart of homers since 2008, courtesy of Hit Tracker. 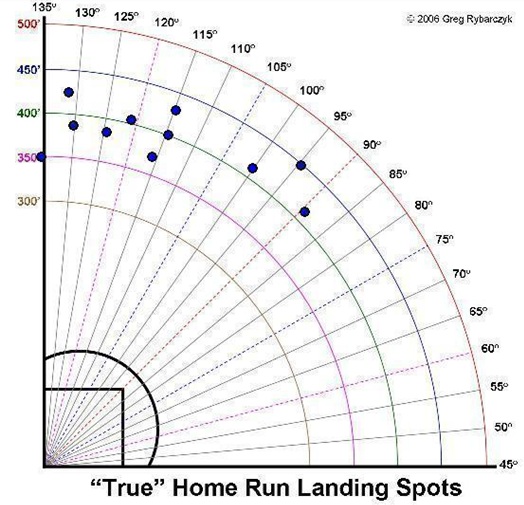 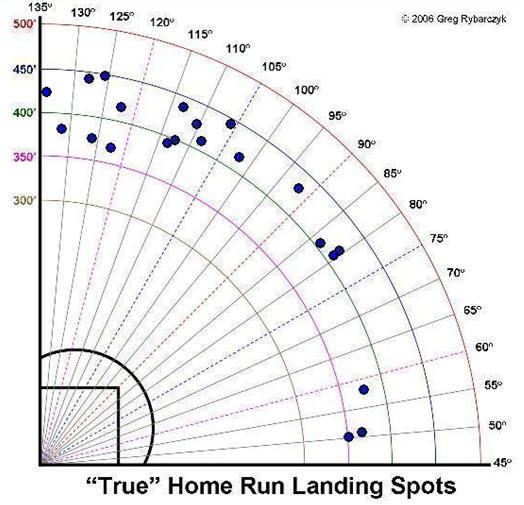 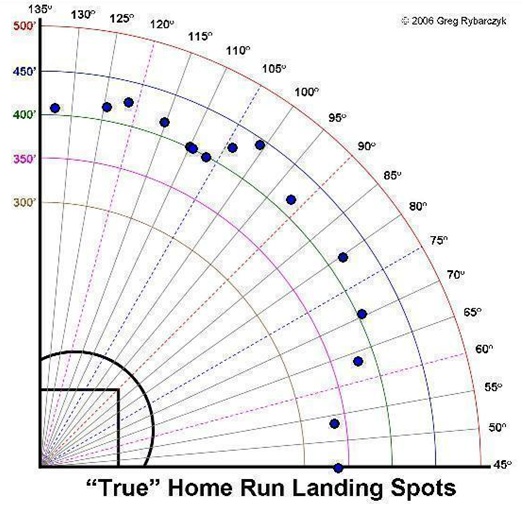 Butler may not hit 30 home runs a year, but it doesn’t take a top flight scout to recognize how his ability to drive the ball to all over the park has progressed.

When Butler hit his career high home run total, 21; he also struck out a career high 103 times. In 2010, Butler struck out only 78 times while taking 11 more walks, good enough for a 12 point boost in his OBP.

It’s worthwhile to note the best offensive player in Royals’ history, George Brett, also played an infield corner and hit over 25 homers only twice in his career, at ages 30 and 32. The start both had as prospects are actually very similar, with Brett hitting for a higher average and Butler showing more power.

The biggest difference between these two performances, Brett was a two-time All-Star and finished in the top 15 of MVP voting three times. A lot of those accolades can be attributed to Brett playing a more vital position, while also playing on a competitive squad.

It will be interesting to see how Butler’s numbers progress as he grows into his prime. Some speculate he will ‘grow’ into his power. But, it if means him hacking for the fences, raising his fly ball and strikeout totals like in ’09, I’d rather him stick to his natural line drive stroke.

As more of the hitting prospects find their way to the big leagues, Butler’s numbers should get a boost from having more capable hitters to protect him in the lineup. Any team with Yuniesky Betancourt as their second most productive offensive player is in trouble. The 2011 season will offer Butler a platoon between first base and DH with the presence of Ka’aihue.

Eric Hosmer’s debut will most likely cause a more permanent shift to DH for Butler. A move like this could make a significant change in his offensive production as well. Having to solely focus on the stick for a professional hitter like Butler could prove beneficial.

One of the best examples of this reminds me of another right handed hitter, with slow feet who was criticized for his lack of power and defense, Mariner legend Edgar Martinez.

Martinez, a third baseman, was celebrated for his amazing contact skills and is now widely considered as one of the best DHs of all-time. Martinez and Butler took very different paths to the big leagues, considering Martinez didn’t play his first full season until he was 27, but they still offer many comparisons. Check out Martinez’s first three full big league seasons compared to Butler’s last three seasons.

I don’t think Butler will ever hit for as high of an average Martinez did mainly because of the differences between their strikeout and walk rates. Besides those factors, Butler’s numbers are almost a dead ringer for Martinez’s.

Martinez didn’t hit more than 18 home runs in a season until he was 32, his eighth season in the MLB. After his power break through, Martinez posted six seasons of 23+ HR and 100+ RBI. The biggest changes in Martinez’s game can be attributed to becoming primarily a DH, and a boost of batting talent around him.

Bill James has already produced his 2011 projections, putting Billy Butler with numbers like these:

James’ projections are fairly credible, although creating a projected stat line for a consistent hitter like Butler shouldn’t be rocket science. Just look at his four season stat lines and they are nearly identical.

Whether or not Butler reaches the level of Brett or Martinez, he is the lone standout hitter on a team searching for a turnaround. Butler’s presence in the middle of the lineup is one of the biggest reasons the Royals finished second in the MLB in batting average. It’s hard to believe a team with the second highest batting average can only manage 67 wins.

Butler’s performance and steady improvement offer a perfect example for the next crop of prospects coming through Kansas City. Butler is up for arbitration this winter and is in store for a well deserved raise from the league minimum.

GM Dayton Moore needs to recognize if the Royals are going to make an extended run at the playoffs, Butler needs to be at the center. He has proved his worth and his dedication to a team normally playing for nothing. More important than anything else, unlike Zack Greinke, Butler has been open about wanting to be a major part in the future of the organization.

“I don’t want to go anywhere else.”

One thought on “2010 Year In Review: Royals Player Of The Year – Billy Butler”