The best baseball novels are never really about baseball.

“Shoeless Joe,” by W.P. Kinsella, is about a son’s relationship with his father. “The Natural” by Bernard Malamud, is about temptation, redemption and, ultimately, failure (even though the movie version changes the ending). “The Southpaw” by Mark Harris, is a coming-of-age novel, and his sequel, “Bang The Drum Slowly,” is a book about the (in)dignity of death.

Each of those great novels uses baseball as a vessel to tell a story about some element of the human condition.

The new novel “Home, Away,” by Jeff Gillenkirk, does the same thing. 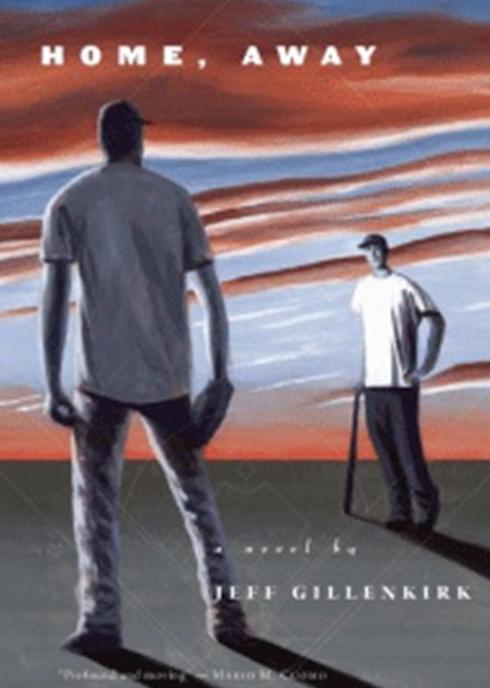 Gillenkirk uses baseball as a vessel to tell the story of a man who gives up everything for his son.

Jason Thibodeaux, a star pitcher for the Stanford University baseball team, has taken a full season off to raise his newborn son, Rafe, while his wife Vicki focuses on law school.

The novel opens with Jason celebrating his last day as a stay-at-home-dad; Vicki is finishing law school and is going to take over while Jason goes back to the Stanford baseball team. At first, the reader is unsure what to think of Jason – he equates leaving his child-rearing duties to his wife as “freedom.” But within a few pages, we find out Thibodeaux is a remarkable father and has a deep connection with his son.

Vicki, however, fails to hold up her end of the bargain, and says she has more schooling in front of her. Jason storms out, and leaves Rafe in Vicki’s hands, creating a tense relationship between the ex-lovers that lasts the length of the novel.

The two parents fight over custody of the child, and it’s here that the novel is at its raw-nerved best. The pain felt by Jason over the separation from Rafe is evident to the reader, and at times I found myself wiping away tears over the man’s plight.

On the baseball diamond, Jason excels. He is drafted by the Cincinnati Reds and begins an impressive pro career. Gillenkirk’s writing about baseball is at times brilliant, as witnessed in this passage:

Jason stepped back on the mound as the batter settled into the box, and the battle began anew. His cleats gripped the dirt, his fingers squeezed the seams of the leather-bound ball. Ash called for a slider, outside corner – and a slider, outside corner is what he got. Strike one. He loved this feeling, just as the matador must love the feel of a 400 pound bull passing beneath his cape. He was in control. He could hold chaos at bay for as long as he held his cape – the ball – in his hand.

Jason is unable to see his son except for weekends in the offseason. Jason requests and is granted a trade to the San Francisco Giants so he can be closer to Rafe. But the Giants trade Jason to the Colorado Rockies, and once again he’s separated from his son.

Thibodeaux’s passion to be with his son eventually leads to untruthful abuse charges against Vicki and his son. He realizes the best solution for everyone would be for him to step out of his son’s life – for good.

While Jason’s career accelerates with the Rockies, Rafe grows up – and his life falls apart. He frequently runs afoul of the law, and Jason is brought back into the picture to see if he can reign his son in.

Here, Jason has to make a difficult choice. He gives up a huge contract and leaves baseball to raise his son. The decision is echoed later in the novel, to good effect.

“Home, Away,” puts a human spin on a professional athlete, and shows us a side fans hardly ever see. In this way, it succeeds.

The novel, like all others, is not perfect. One of the major flaws is this: a certain teenage character who has never so much as touched a baseball takes a sudden interest in the game, and just a few years later he’s a big-leaguer and a contender for the MVP award. The amazing leap to stardom is chalked up to remarkable eyesight, but it’s the kind of hard-to-believe circumstance that takes a reader out of a book.

But Gillenkirk overcomes this plot flaw with the buildup to a truly inspired conclusion.

Jeff Gillenkirk’s first novel is a fine read – for baseball fans and anyone who has struggled through parenthood.

“Home, Away,” is published by Chin Music Press, www.chinmusicpress.com.