The National League this year has shown some diversity amongst the teams. Highly competitive races came down to the last few weeks of the season, highlighted by three teams and the men that guided them. In my mind, the top three managers to be considered for the award are listed here….

I will probably catch some heat around Cardinal Nation for not placing Jaime higher in consideration for this award. Truth be told, he put together one of the most impressive seasons of a rookie pitcher in recent memory. That being said, the team, as a preventative measure, shut Garcia down in the early part of September for the remainder of the season. After costing him two or three more starts, the team also made it very hard for voters to seriously consider him in post-season award conversations.

Even after the team had shut him down, Garcia would finish with 13 wins in 28 starts and a 2.70 earned run average. He struck out 132 batters, walked only 64, and even threw a complete game shut out, just for good measure. A “dark horse” candidate for this award in the early part of the season, it seemed that Garcia was overlooked by everybody in baseball that was not following the St. Louis Cardinals. Garcia will not take the award home this season, but being considered in the top three is an accomplishment in its own right. 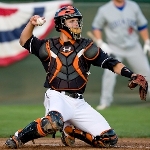 What Buster Posey lacked in patience at the plate, he certainly made up for with solid contact and the presence on the field of a veteran. Posey took charge of the Giants’ pitching staff while putting together a season that would make most veteran catchers proud.

Posey would come on strong, hitting 18 home runs and driving in 67 runs over the course of 2010. Add into those number his 23 doubles and Posey would post a slugging percentage of .505 while hitting an impressive .305. He would only strike out 55 times, but only walk a total of 30 times. When Posey came to the plate in 2010, he came to hit, and he did just that. If Posey can learn some patience at the plate, the Giants will be talking about this young, talented man for a very long time. 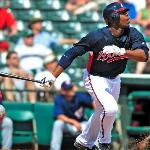 He was the favorite to win this award when teams broke camp in Spring of 2010. What Heyward did throughout the year, despite a stint on the disabled list, was not a disappointment in the slightest.

Heyward would match fellow rookie Buster Posey’s 18 home runs, drive in 72 runs and hit a respectable .277. What set him apart was his approach at the plate – though he would strike out an alarming 128 times, he would also walk 91 times, showing some patience and veteran style approach. A .456 slugging percentage and 29 doubles showed many pitchers that he was a force at the plate and moved him to the top of most ballots on the rookie award categories. In the long run, Heyward is ready for greatness in Major League Baseball, and that greatness is coming sooner rather than later.

There you have it, my picks for the Willie Mays Award for the Baseball Bloggers Alliance.