The Kansas City Royals have been out of the 2010 American League Central hunt since… well, since approximately 1994. For fans who are only interested in a team that has a chance to win a championship, there’s absolutely no reason to go to the ballpark and watch the Royals this time of year.

But in a crazy way, this is the best time of year to go see the Royals.

I was fortunate to accompany my mother, a diehard KC fan, to the Royals-Twins contest at Kauffman Stadium on Tuesday, Sept. 28. The Twins had already clinched a playoff berth, and besides Minnesota’s desire to gain home-field advantage in the playoffs, the game was meaningless.

And we had a blast.

It took me back to one of the best days of my life as a baseball fan.

The year was 1989. It was the last game of the season, a home game at then-Royals Stadium. I was attending the game that day with my father and my brother, along with some family friends. 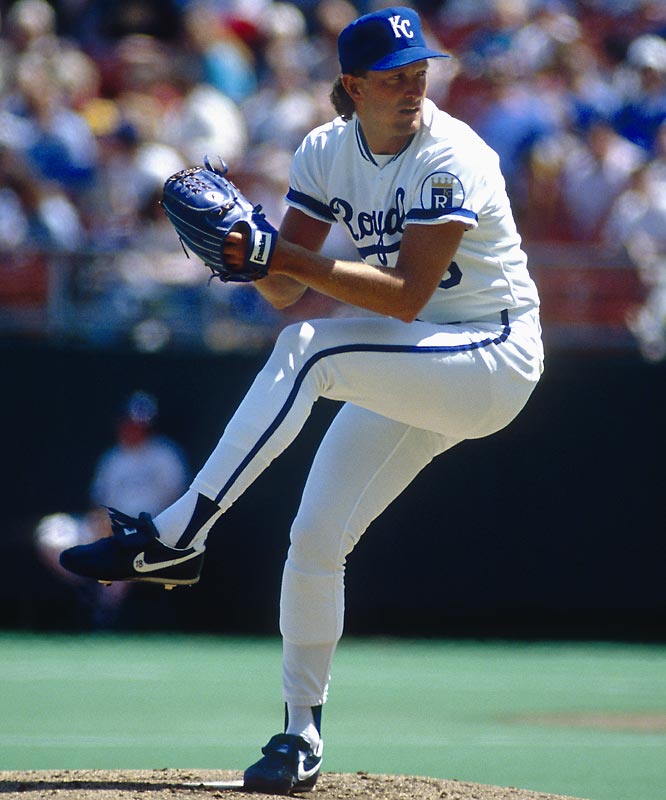 The Royals had a darn good team that year. They won 92 games, powered by Bret Saberhagen’s second Cy Young season (23-3 record, 2.16 ERA, 193 strikeouts – suck on that, Greinke). The team also featured George Brett, Frank White, Danny Tartabull, Willie Wilson, Kevin Seitzer and Bob Boone. Bo Jackson hit 32 home runs. Bill Buckner was on team (yes, that Bill Buckner). Jim Eisenreich was the fourth outfielder and may have been the best of the bunch that season.

But this was in the days before the Wild Card, so the second-place Royals were well out of the playoffs and seven games behind Oakland on that final day.

But I’ve never had so much fun at a baseball stadium.

After the game, as per family tradition, we hung around by the players’ exit to get autographs. Usually, my brother and I would get three, maybe four autographs per game, mostly from the visiting team. That night, nearly every single player from both teams signed. Buckner, a notoriously bad signer ever since his 1986 World Series disaster, granted every request until the last autograph seeker had gone away. Danny Tartabull was picked up by a stretch limousine with a fine lookin’ woman inside. And all the players, even though their playoff hopes were dashed, seemed genuinely happy to be there. It’s almost as if for once they acknowledged that they got paid to play a game.

I didn’t stick around for autographs Tuesday night. My memories of the evening will largely be from what happened on the field. What we saw unfold before us was pretty amazing.

The Royals put a 10-1 beatdown on the Twins. Sean O’Sullivan, who has struggled this season, pitched six masterful innings to get the win. Mike Aviles nearly hit for the cycle. Jarrod Dyson didn’t get a hit but he was on base twice and stole two bases. Dyson is fast – probably the fastest player I’ve seen with my own eyes except Joey Gathright, and Dyson’s a better baserunner than Gathright. I really hope he’s the starting center fielder next year. The big hero on the night was Kila Ka’aihue, who smashed two home runs and a triple, scoring four runs and knocking in four more. Maybe we’ll be able to look back and say that was the game where Kila put it all together.

I normally don’t place much stock in September baseball, especially for non-contending teams. Kyle Davies made a name for himself two Septembers ago, and because of it he was handed a rotation spot on a silver platter.

But there’s something special about late September ball.

It produces the best memories.