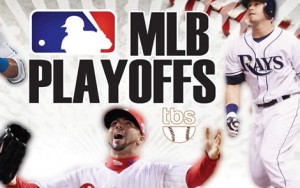 October baseball is gearing up! The MLB postseason is scheduled to begin with the Divisional Series on October 6th. FOX and TBS are already airing playoff commercials and baseball excitement is in the air!

This year I am one of those baseball fans whose teams will not be in the big October dance. Back in April I was confident, planning my postseason trip. The Cardinals were projected to be playoff shoe-ins and the season was fresh and exciting. About mid-May the Cardinals fell out of first place and then leapfrogged back and forth with the Reds for division leadership during the next three months. Looking back on it now, it was mid- August when the gap became a gulley, and eventually a big dirty ditch.

Back in August the wiser, more seasoned baseball fans were already moving on emotionally, coming to terms with the death of the Cardinals’ 2010 season. Naively, I was still clinging to hope. So, in these final days I have had a lot of catching up to do.

I too am now reluctantly admitting defeat, but the process has been a slow one.

The 3 Stages of Baseball Grief: A Season Unfulfilled

I was queen of this stage for the last two months, mindlessly repeating the same clichés: The Cardinals still have a chance. Lightning could strike. The bats will get hot again. Afterall, it has happened before. It could happen again, right?!

Except sadly, this season seems to be ending in a fizzle instead of a rally.

During the last two weeks my misplaced hope did continue to glimmer, rising and falling as the boys showed sparks of baseball magic intermingled with the all too familiar head-scratching losses to subpar teams. But the time has finally come to be realistic and move on. Disheartening as it may be to type the words, I can now admit that my Cardinals are done.

The postseason bus will be leaving without them, and I am okay with that now – or at least that is what I am telling myself. 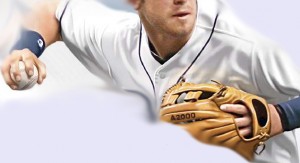 So here I am at the big fork in the basepath: to wallow in the misery of the Great Cardinal Crash of 2010 or to gear up for Major League Baseball’s grand finale?

The answer to that question was predetermined back in 2006, during game 7 of the NLCS. One Cardinal moment in time forever changed my calendar. A new law was born: all future Octobers will hereafter be planned around baseball.

It was the top of the 9th inning, when Yadier Molina hit his 2-run homerun, giving the Cardinals the lead over the New York Mets and the National League pennant. That was the night that baseball’s glorious postseason drama stole my heart, and I have never looked back.

I am therefore unable to forego the tantalizing pleasures that October baseball offers. The tension, the rivalries, the sights and sounds of a stadium filled to capacity with fans, the all-or-nothing spirit from which unimaginable plays are born – this is October baseball.

Even as I sit down to write this, I have not yet chosen a postseason stepteam. I know I must, but having just moved on from Step Two, I am still cautiously exploring my options. While some baseball fans may carry their backup plan in their pocket all year, I do not. My husband keeps trying (not so subtlely) to pique my interest in the Rangers or the Twins. But beyond the loyalty-driven decision to (of course) root the Reds to an early and easy failure, I am holding out for inspiration.

As it looks now, my choices are narrowing. 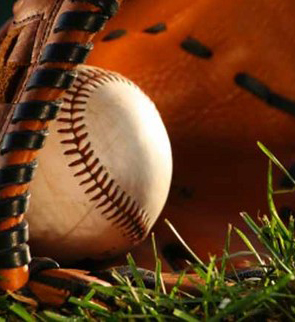 Next week I will again be among baseball’s faithful couch club, glued to the television as the opening pitches in the 2010 playoff games are thrown. And I can almost predict what would decide my postseason stepteam selection. You see, I have become a true sucker for happy baseball players, especially pitchers. My adopted players/teams emerge in those moments when one (usually an infielder, preferably a rookie) makes a diving/spinning/gravity-defying catch to save an inning and the pitcher’s face becomes a window into the true joy of a baseball player’s soul. Teamwork, flashy gloves, happy baseball players: the recipe for my ultimate postseason dream.

So, even though my team will be sitting this one out, I am ready. It is time to switch gears, survey the possibilities and expand my roster. October baseball is upon us!

Erika Lynn writes about the St. Louis Cardinals for i70baseball.com, BaseballDigest.com and at Cardinal Diamond Diaries . You can find her on Twitter at username @Erika4stlcards.

4 thoughts on “Expanding My Roster”