The show has increasingly drawn more and more listeners every week, and there are some good reasons. We have watched our guests, our hosts, and our fans grow in their various roles, producing a better show each and every week. It is my belief that, from the debut show until now, every show has been better than the previous. With knowledgeable guests checking in to discuss various Major League teams, accomplished writers discussing their books, charitable individuals discussing their causes and some of the industry’s top expert analysts checking in each and every week, the guest list has quickly become a who’s who of baseball coverage. I-70 Baseball content editor and Royals writer Matt Kelsey and myself have found a great balance that keeps the show moving while focusing equally on both the Cardinals and the Royals.

In addition to the on-air talent and informative audio broadcast provided, the online chat room has been a hotbed of activity during the show every Monday night. Monitored by Angela Weinhold and Justin Hulsey, the chat room provides fans the opportunity to discuss the events around the team, bring questions to the on air hosts if they do not want to call in, and interact with some of their favorite I-70 Baseball writers, all while listening to the great guests we bring to you for an hour.

Due to this growth, we have gained the ability to provide a quality broadcast on a weekly basis even during adverse situations. This month, we look forward to bringing you the same great content in a new and exciting way as the two franchises put the finishing touches on 2010.

On September 6th, Labor Day, I will be taking the day off. However, thanks to the great content we have been able to provide, this does not mean the show will not air. Join Matt Kelsey as he takes over the reigns of the show and he is joined by I-70’s Photo Editor Justin Hulsey from the Cardinals’ point of view.

The following week on September 13, Matt Kelsey will take 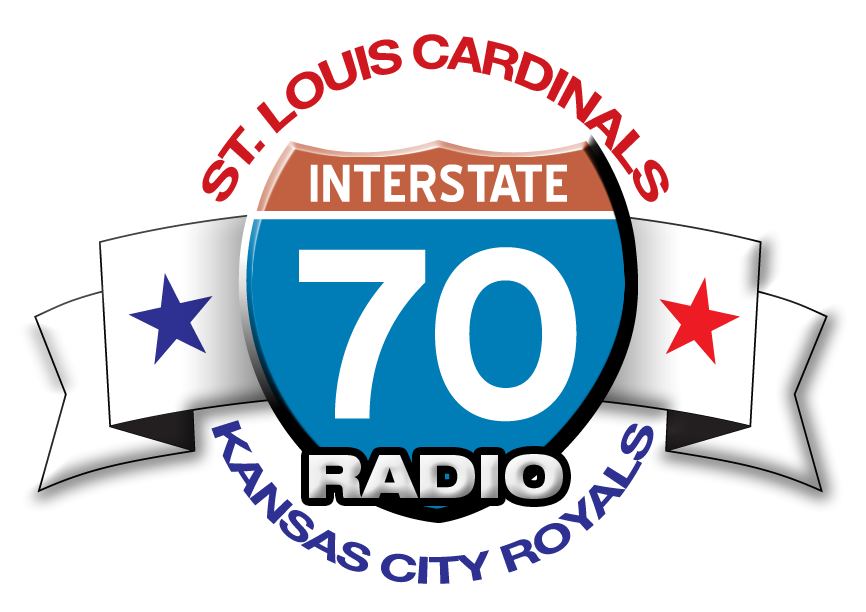 his turn at vacation. In an effort to provide some cross promotion, balance the show with a Royals expert, and show some love to a site we feel deserves it, I will be joined by Nick Scott of BrokenBatSingle.com (BBS). BBS is one of my personal favorite Royals podcasts and I look forward to bringing Nick’s voice and opinion to our fans.

September 20 will see the reunion of I-70’s editors and broadcast team as Matt Kelsey and myself will bring you I-70 Radio once again. The team that many of you are growing to love will bring you the same great content you have come to expect, having some fun along the way and trying to pin down just what each franchise has done this season. We will come together one more time in September on the 27th to examine post-season hopes, winter league ball, and what to expect from both of these franchises in the offseason.

We hope each and every one of you can join us every Monday night in September at 10 p.m. Central Time as we broadcast, chat, and take calls live for one hour on Blog Talk Radio!