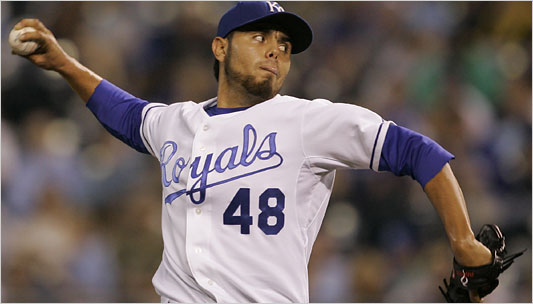 The biggest news was not that the Yankees wanted Soria but that Soria had put Yankees on his list of teams he can not be traded to along with the Red Sox, Tigers, Phillies, Cardinals and Cubs. It is not too often that players include the leagues best teams in a no-trade clause but after a closer look it is the smartest thing in the world to have in your contract.

Soria does not have some phobia of large cities or the playoffs but he and his agent both realize that teams on his list are big spenders. The reason to block a trade to any of these teams is because the player will have all the leverage if a team such as the Yankees comes after them. It is safe to say that if the Yankees are willing to trade Montero that they would also be willing to ad a few million to his contract to get his approval on a trade.

I think that this no-trade clause is great and if I were a player or agent I would want the same clause. This kind of winner no-trade could become the new fad in baseball with players holding contending teams hostage.

I could see guys putting in no-trade clauses to the Yankees as something simple as that they do not want to shave or cut their hair. This new n0-trade shows a shift from players not wanting to lose but rather wanting a premium to have to deal with the

One thought on “Soria Might Have Best No-Trade Ever”