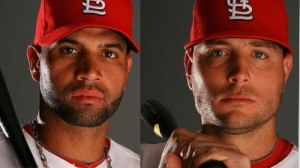 After the All Star Break, the Cardinals offense went on a tear, grabbing an eight-game winning streak, a feat the Cardinals had not accomplished since 2004, in the process. The club then followed up that party by being shut out in consecutive games for the first time since 1995.

With all these ups and downs, slumps and streaks, just which Cardinal batters are consistently doing their part and pulling their weight?

TO MAKE IT MORE FUN: 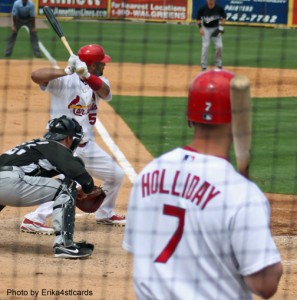 This season was promoted to be a slugfest with Albert Pujols and Matt Holliday hitting back-to-back in the lineup. Both Pujols and Holliday are the stereotypical heavy hitter – big guys with massive arms (and big paychecks to boot.)

Then there are the not-so-much-power-hitter type batters. Aaron Miles is small, but has compiled an unexpectedly high batting average since joining the Cardinals two months ago. Brendan Ryan, the Cardinals shortstop who batted .292 last year, has been plagued by unforeseen slumps during the first half of the 2010 season. Brendan has seen his batting average plummet below the Mendoza line (.200) this season, and he was briefly batting below his weight (195 lbs) until Sunday’s game.

Batting your weight is a crucial minimum. Hitting below the Mendoza line is a hazard zone, labeling a player’s offensive production plain awful in Major League standards.

By figuring each player’s batting average based on their bodyweight, we get a look at “Points Per Pound”, or P3. The formula is simple: batting average (without the decimal) divided by weight in pounds.

So which Cardinals give the biggest bang for the hunk?

Starting with the golden boys: Matt Holliday and Albert Pujols are surprisingly both hitting at exactly the same P3: 1.30. So the team comparisons began with that number.

Right from the start I was amazed to see a trend develop in this silly numerical adventure. Seven Cardinals batters are all hitting close to Holliday and Pujol’s P3 number of 1.30.

David Freese (before being injured back in June) hit 1.35 P3.

NOT PULLING THEIR WEIGHT:

From there, the numbers began to creep a bit. Yadier Molina, carrying a little more body weight and not hitting quite so well lately, had a P3 number of 1.03 which is very close to lighter weight and Mendoza-flirt Brendan Ryan’s 1.01 P3 number. Nick Stavinoha, currently working his way back on a rehab stint in Memphis, was hitting a 1.06 before his injury. Poor Nick was doomed in this mathematical endeavor by being the heaviest Cardinal on the team. And Jason LaRue was our bottom dweller at 0.94 P3 number because, honestly, he is just not hitting – plus he outweighs Brendan by a dime.

Barely beating the P3 gold standard were skinny boys Randy Winn and Tyler Greene at 1.41 and 1.44 respectively. Aaron Miles at 5’8” got a mathematical boost from his smaller build, but his current .321 batting average also upped his overall 1.78 P3 number. However Jon Jay is the shining star, by a landslide. Jay’s P3 number is 1.94, a 50% improvement over Holliday and Pujols’ gold standard.

For those of you who, like me, love to see the big picture: 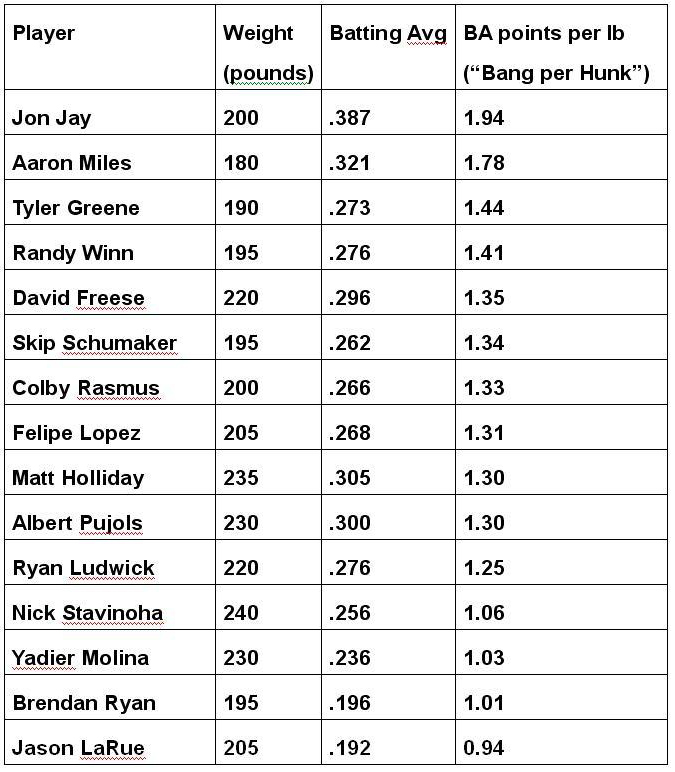 Of course, the players’ weights listed on the team website may not be as current as the batting averages from July 26th on BaseballReference.com, but I doubt the scientific validity of my “Bang per Hunk” theory will ever be considered legitimate. Nevertheless, in a sport such as baseball that gives us statistics for just about every concept imaginable, sometimes the numbers are just fun to explore.

Could a player such as Albert Pujols with a steady career batting average increase it further by packing on the pounds? I guess the steroid era may have already proven that theory. But it does makes me wonder: Perhaps Brendan Ryan should eat more ice cream in his struggle to break past that pesky Mendoza line?

One more startling revelation: I would only have to bat .150 to get the same P3 number as Holliday and Pujols. Maybe I need an agent? Someone call Scott Boras- I will be working on my swing!

3 thoughts on “Cardinal Batters: Production by the Pound”