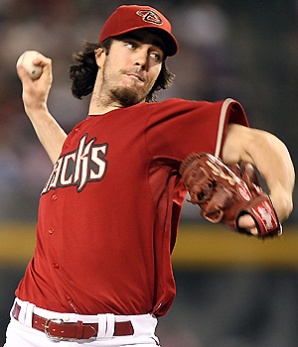 First of all let me say that I loved that the Yankees did not end up getting Cliff Lee. Seeing the Yankees not get everything they want is a good day in baseball in my book.

Now with that being said we will take a look at what the Lee to Texas deals means to the rest of the league and more importantly the two teams in Missouri. If Lee would have gone to the Yankees, the trade season could have ended right then and there. But now that the Yankees have missed out on their biggest target, more trades are sure to follow. It is safe to say that the Yankees will still be in the trade market for another pitcher even though they are publicly saying they were only after Lee. Even if the Yankees are telling the truth the Rays, Tigers, White Sox, Twins, Phillies, Mets, Cardinals, Dodgers and Reds all kicked the tires on Lee. This means that there are still a bunch of teams going after the main targets left on the market which are most likely Roy Oswalt, Ted Lilly, and Dan Haren.

Oswalt has a very short list of teams that he is willing to go to so that basically leaves most of the league now bidding on Haren followed by Lilly. This means two things for fans here in Missouri. If you are a Cards fan it means that the trade market just got more expensive because teams with trade chips have more leverage and because the Yankees did not get their guy in the first round of bidding. The good news in St.Louis is that Lee went to the Rangers and not the Reds, Phillies, or Dodgers. The Lee trade could also mean that teams like the Cardinals now feel like they now have to move down to the second or third tier players that are on the trade market.

If the Cardinals move down the trade list the amount of top end talent they will have to give up will lessen. This in my mind is the best scenario for the team because a rental player seems like a reach for a team that is struggling to stay in the wildcard hunt.

If you are a Royals fan the Lee trade is a great thing because the dark horse team won the auction. All of the teams that were said to be the favorites to get Lee lost out. If nothing else the fact the Yankees, who pay their infield more than the whole Kansas City roster, lost something has to feel good. 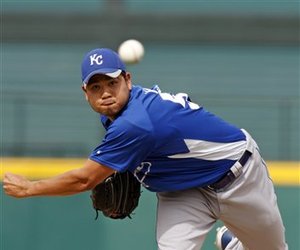 the open market. A player like Kyle Farnsworth now looks like a better option to teams needing pitching help but have realized that a starting pitcher will cost too much in a trade. Players like Brian Bannister and Bruce Chen also are now one step higher on the talent ladder thus demanding another prospect be added to any deal. The last ripple is that some teams might turn their focus away from pitching and on to on base base guys like David DeJesus and Jose Gullien.

In the end the Lee trade has made life on the trade market a little more difficult for the Cardinals, while only increasing the value of the chips that the team across the state in Kansas City has on the table.